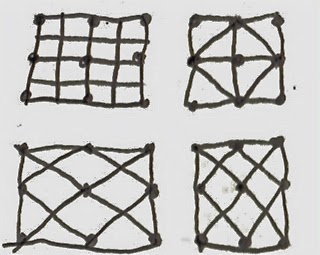 I've never cared for amusement parks. It's not because I'm old. This has been happening since I threw up on a roller coaster in fourth grade. My stomach hates curveballs. It has rejected its contents on a windy road on the way to Neueschwanstein castle in Germany, on Navy ships and sail boats, on a Navy training propeller plane and helicopter, and on a P-3 mission over the ocean near Russia. I even have to close my eyes during intense Imax moments. For many years, Steve and I tolerated amusement parks for Pamela's sake, hoping David would take on our role when he got bigger. He inherited my weakness so we take turns escorting Pamela until we all turn green.

I know families who love this kind of vacation. We're not one of them.

When I think of amusement parks, I think hot, sticky, sweaty, waiting in line, trying to block out what is offered to entertain us. The food is expensive and must be avoided for Pamela's sake. Everything is overpriced and, even if you pay for everything in advance, you end up paying for more than you intended. Lately, we've stopped at unusual places in our travels. We decided to make our weirdness official: over the holiday weekend, we attended a retreat called "Marvelous Mozart" at a Benedictine archabbey, located about half way between Kansas and South Carolina. 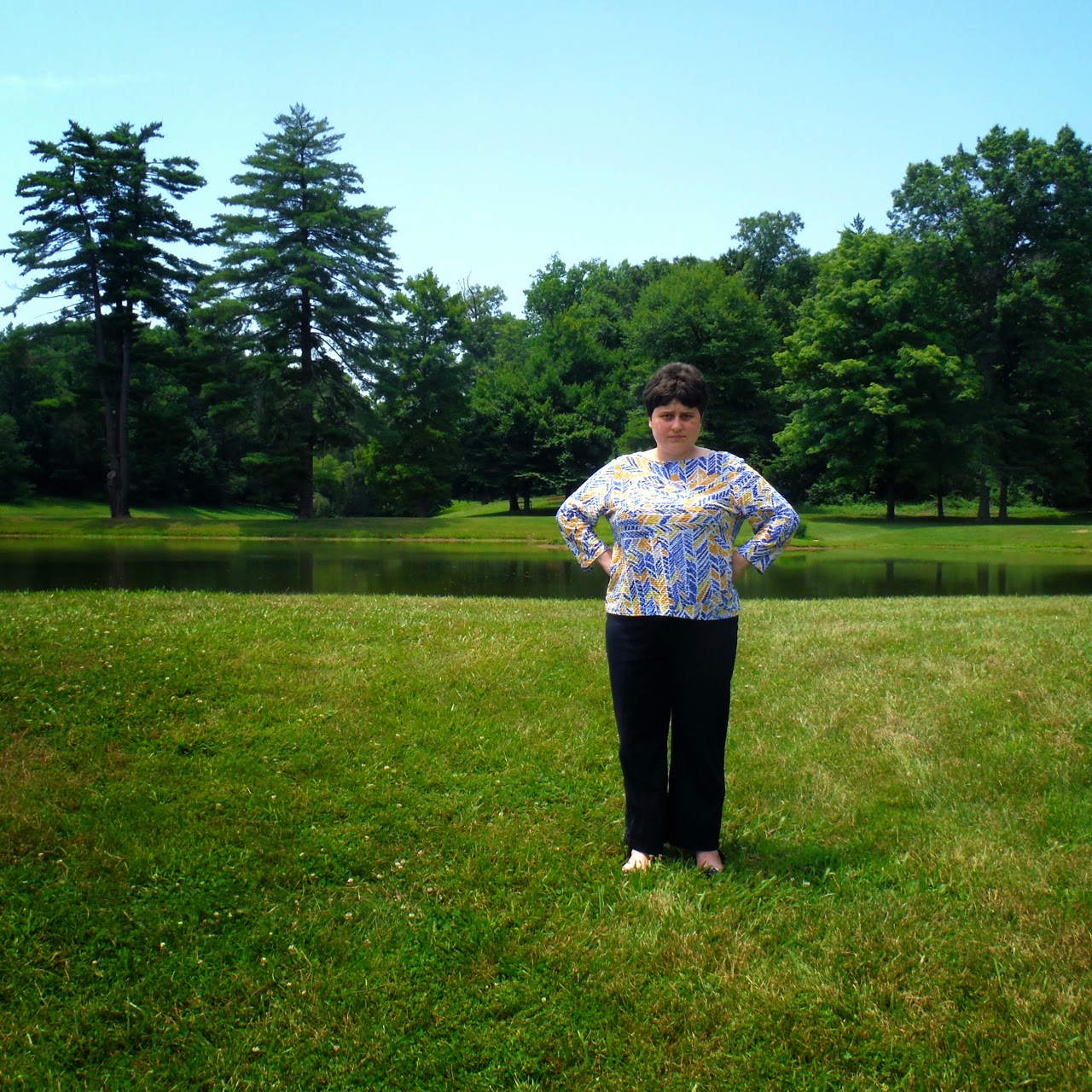 She loves all styles of music. Her i-Touch has every genre of music imaginable. On long drives, she chooses classical stations on Sirius with occasional dips into the broadway channel and kids' music. Pamela adores Vivaldi, Bach, Mozart, Schubert, Tchaikovsky, and too many to list here.

The retreat location was perfect and the grounds were lovely. The guest rooms, dining area, and classroom were all in the same building. Since Pamela knew how to find our room and get in with a key card, she could take a break whenever she pleased. If Steve and I lingered over coffee longer than she liked, she asked to go to the room. If she got a little bored with a session, she left early. The Benedictines built many breaks into the schedule, perfect for Pamela and I since we are both recovering from colds.

What did she do during a session? She watched a documentary about Mozart with us and watched several clips of his operas. She listened to some music as well. While some people took notes or read the handouts, Pamela doodled. She loves to doodle!

Archabbey accommodations lacked a few things. Since we pay for television at home, having no television in the room worked for us. The Internet was down, and monks aren't the most technically savvy people, which is more than balanced by their gracious hospitality. The bathrooms had a shower but no bath, just like two bathrooms in our house. We had no idea where the nearest store was, but we left the windows open at night and awakened to sweet birds. We ate our meals cafeteria style: simple, nourishing, filling, and good for the waistline. One night we had corn fresh off the cob — delicious!

How did Pamela do on the un-vacation? Very well. She had one moment of frustration during a lecture when someone who shall not be named was trying to figure out his complicated travel schedule. Pamela watched his every pen stroke and commanded him to stop after he made one too many changes for her taste. She demanded him to put it away and settled down after he did. She also had a mini-melt during the last lunch. She was out of sorts because she had planned for us to leave after breakfast. I had to stay for the Requiem session (a highlight for me). She rushed during lunch and dropped her tray on the floor in the serving area. I gave her a big hug to calm her because I walked her to her seat. Steve and kitchen staff cleaned up her spilled salad. To help her recover, we went ahead and got food for her. Up until this point, she had had no problems getting her own tray and serving herself.

Pamela and I took a quick nature walk around a little lake on the grounds. Steve had been spied it during his morning run and urged me to see it. Isn't the weather and view gorgeous? 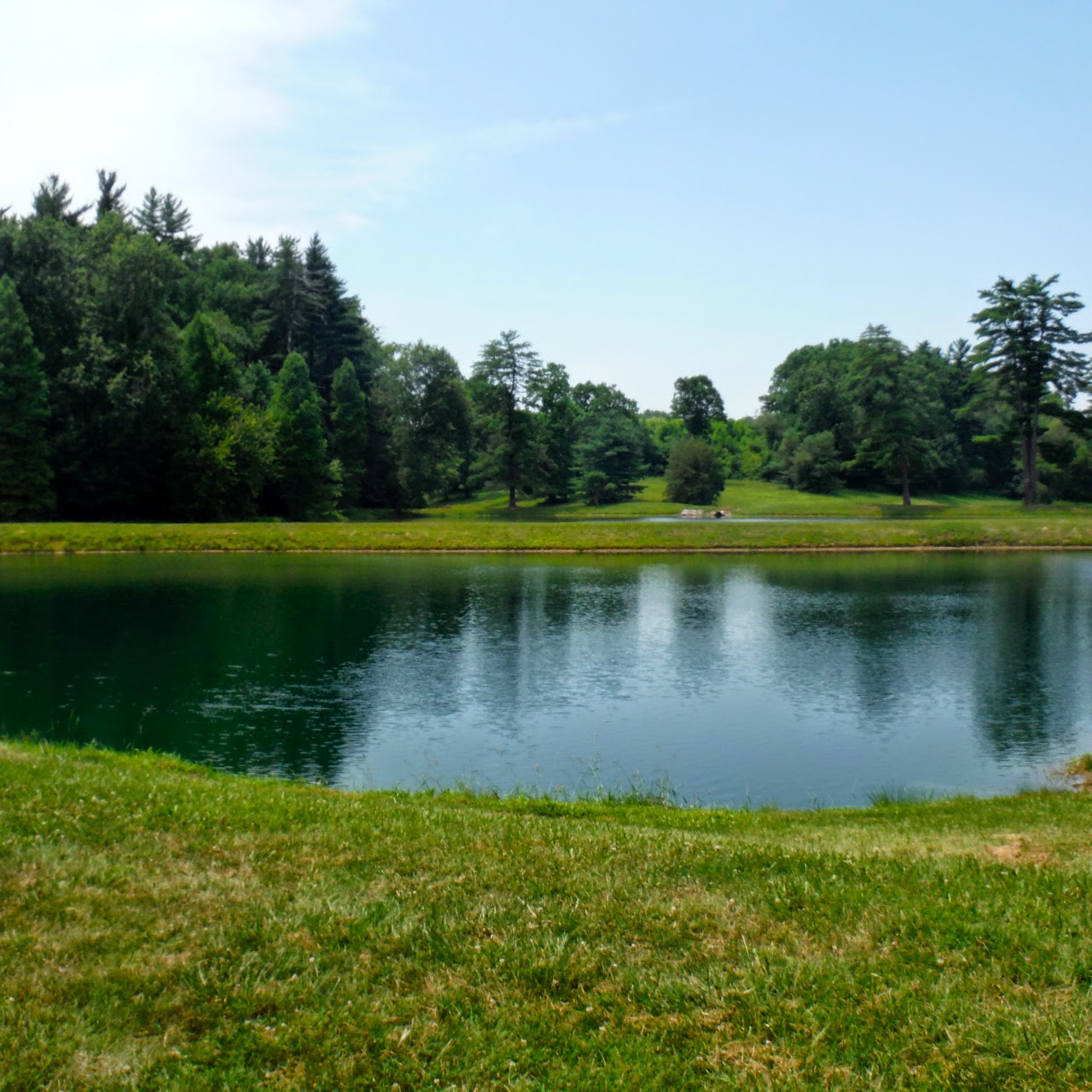 I spotted several new things in this short trek: two new species of dragonflies and crawfish holes in the grass near the water. The dragonflies were moving so quickly I'm shocked my camera picked up anything. These short, stubby dragonflies are called eastern amberwings (Perithemis tenera). They hung out above the water's edge. 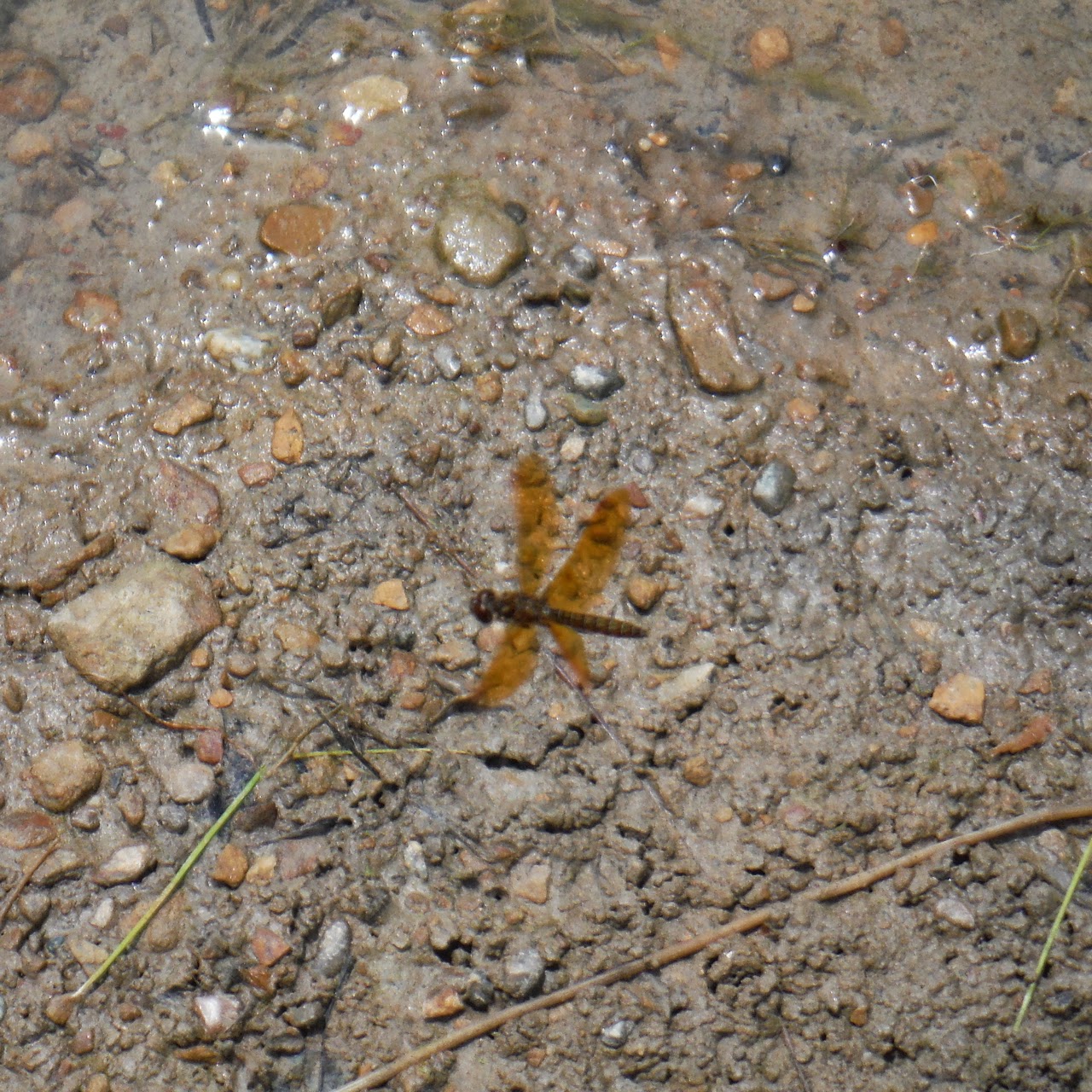 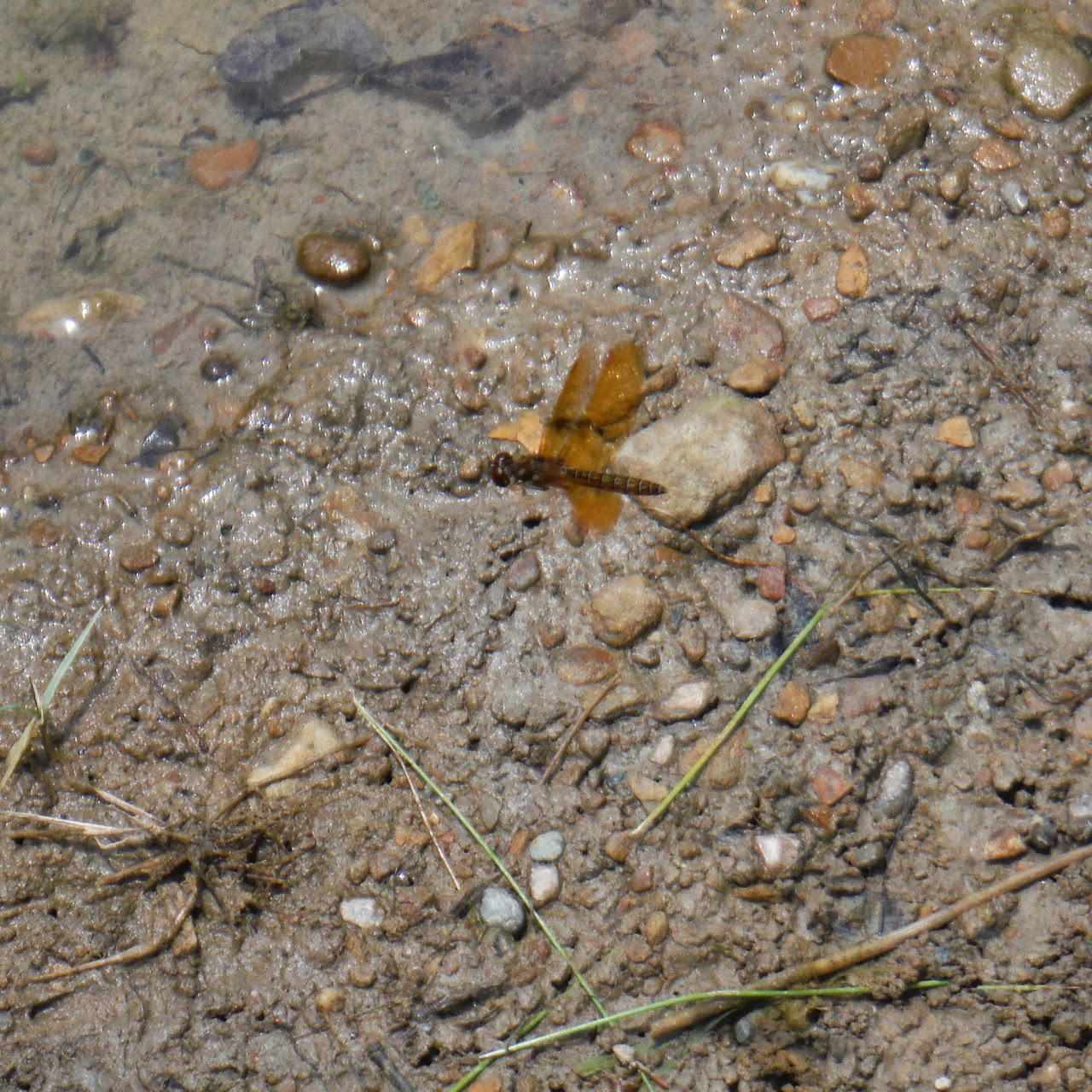 I've never seen anything like these black and prom-tuxedo-blue dragonflies. The widow skimmers (Libellula luctuosa) buzzed over water and fields like tie-fighters in a Star Wars movie. They went so fast all I could see was a blur of color. Apparently, the males defend their territory aggressively. 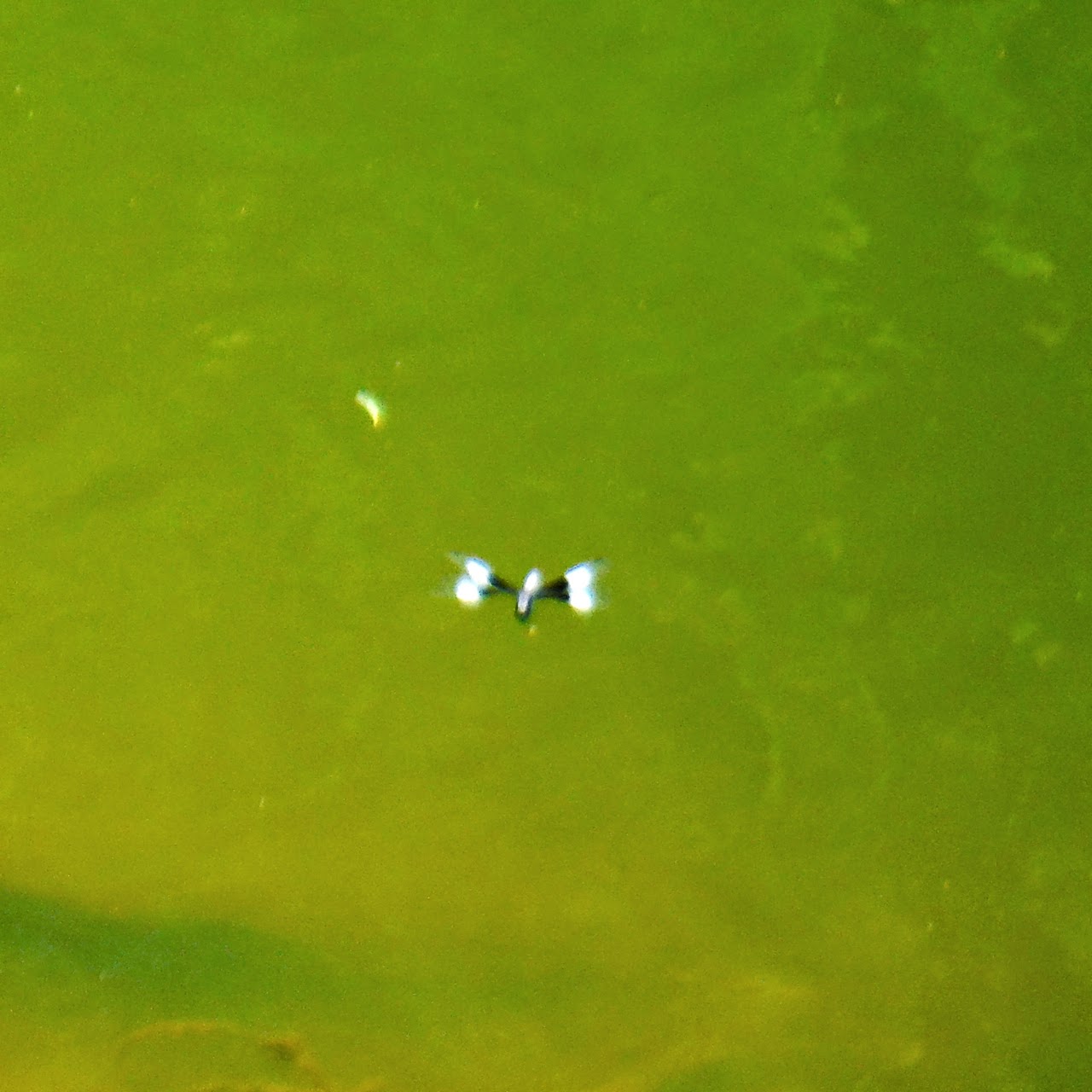 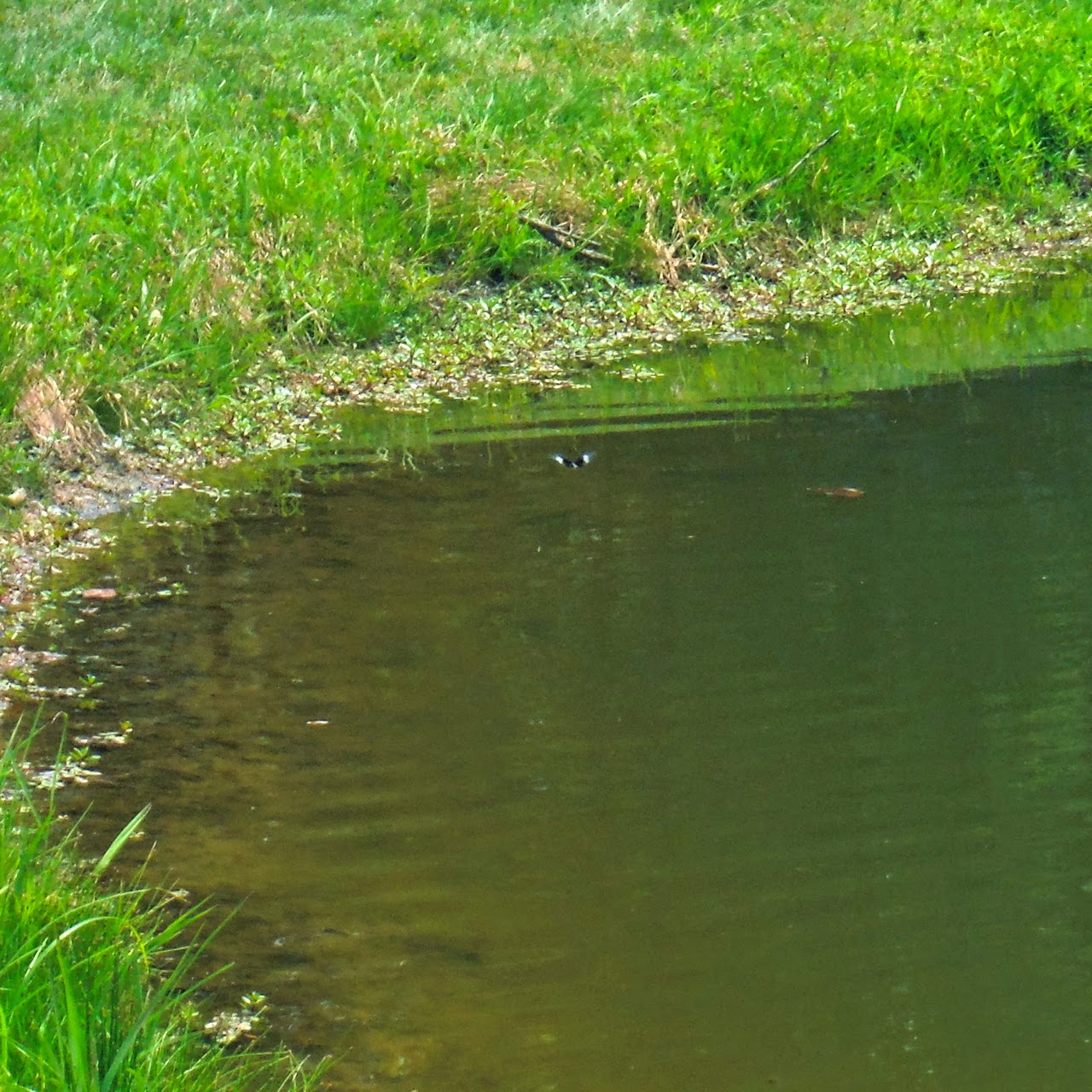 These crawfish holes remind me of mud castles I used to make at the beach as a child. If we ever come back, I want to bring a picnic lunch and watch for the crawfish to come out. 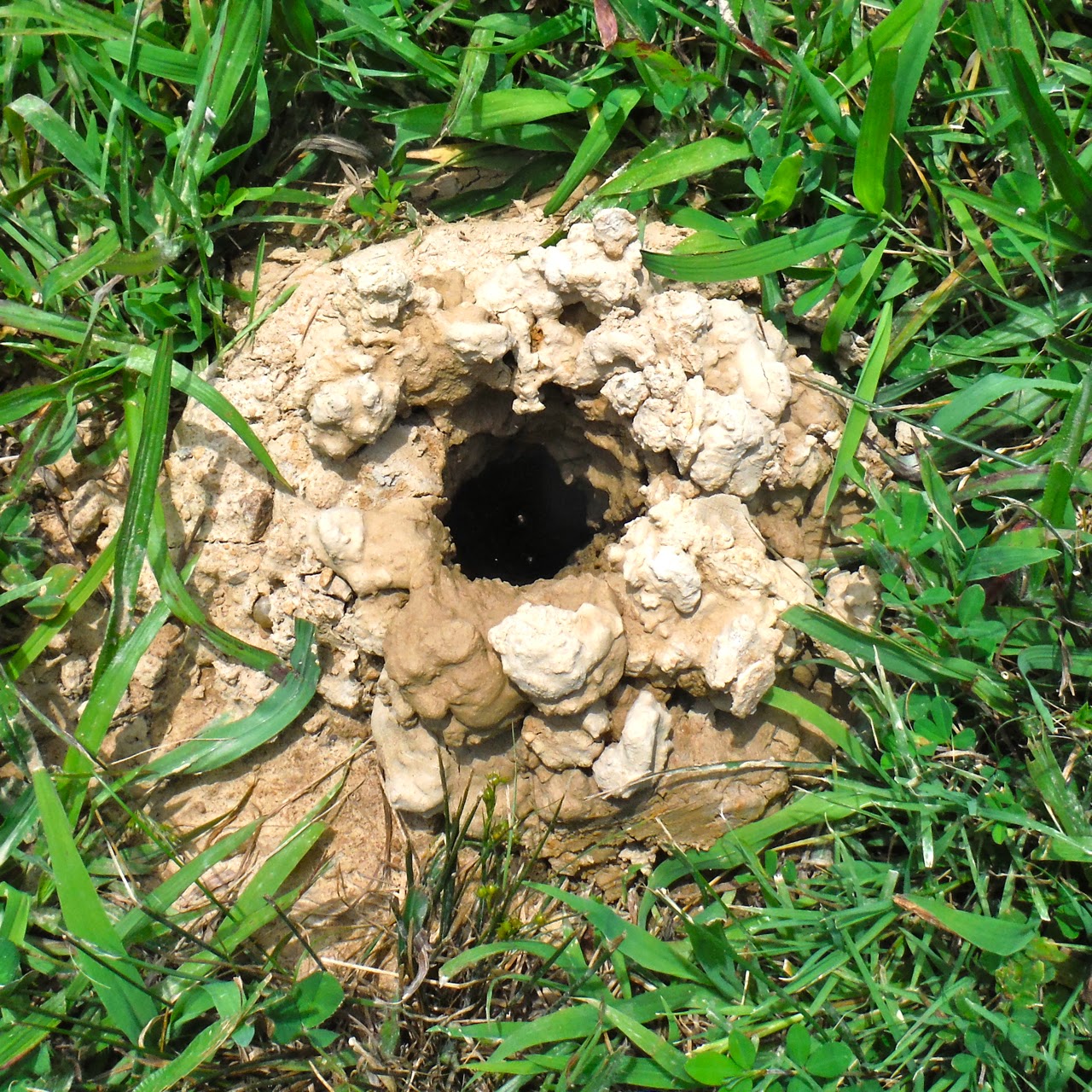 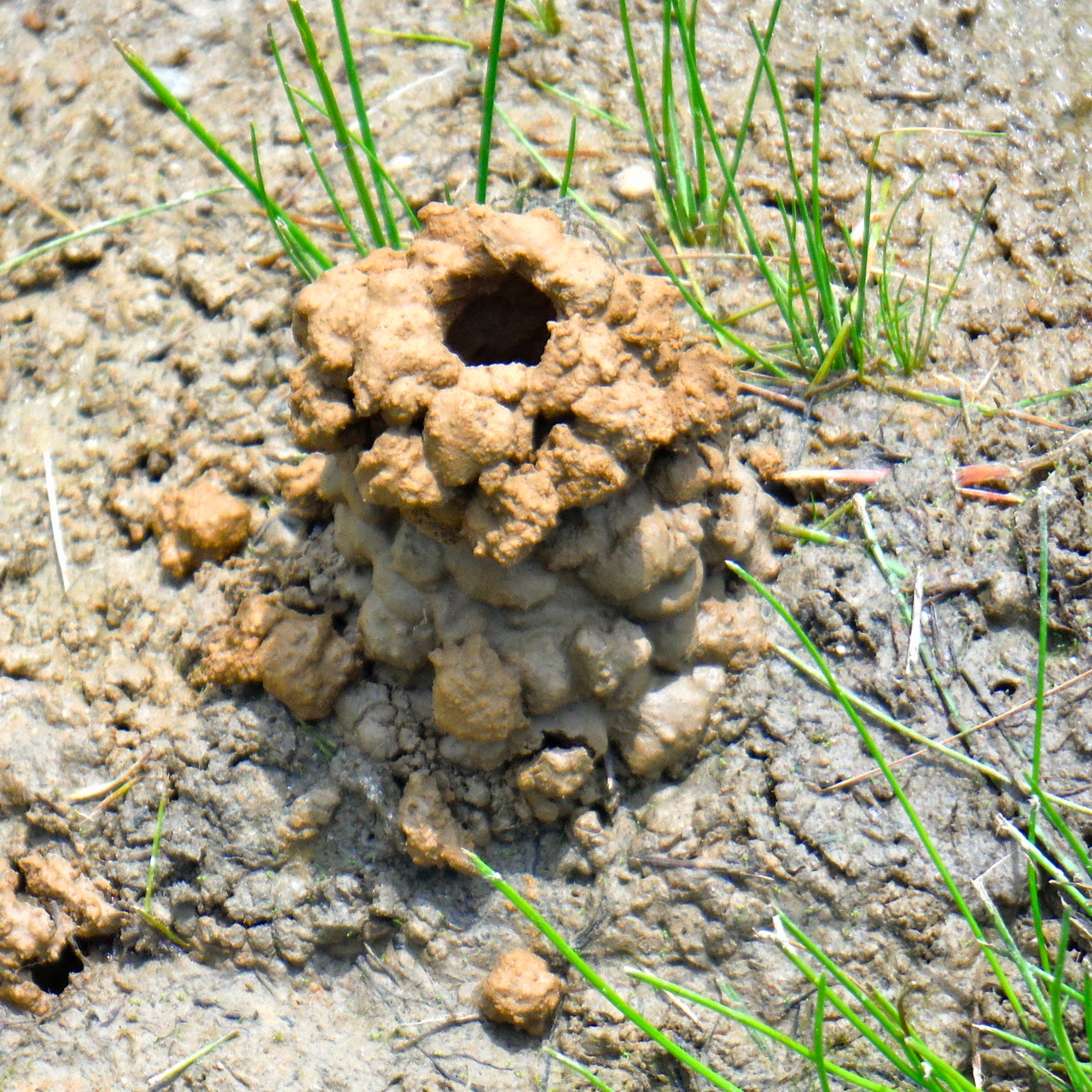 Can you tell that Pamela was in a hurry to go home? 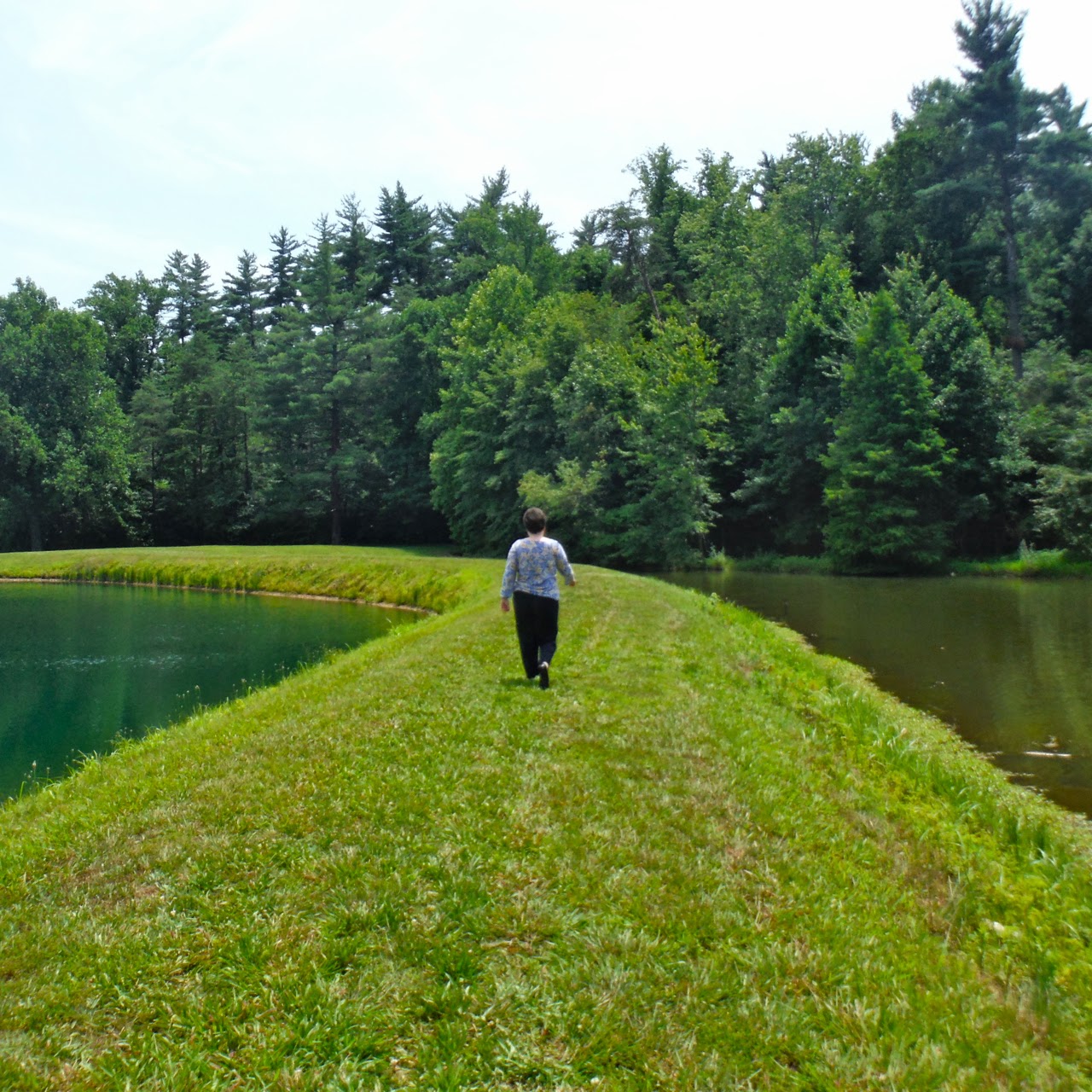 And, in case you haven't had enough doodles.... 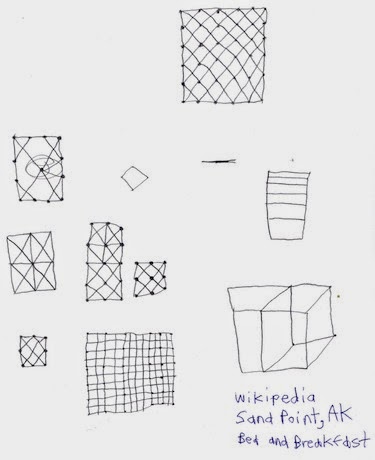 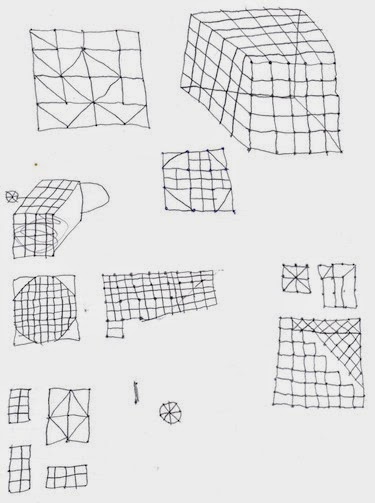 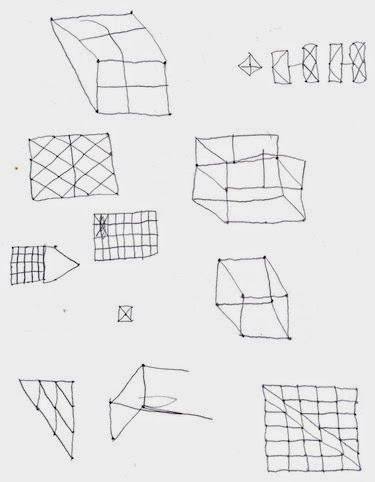