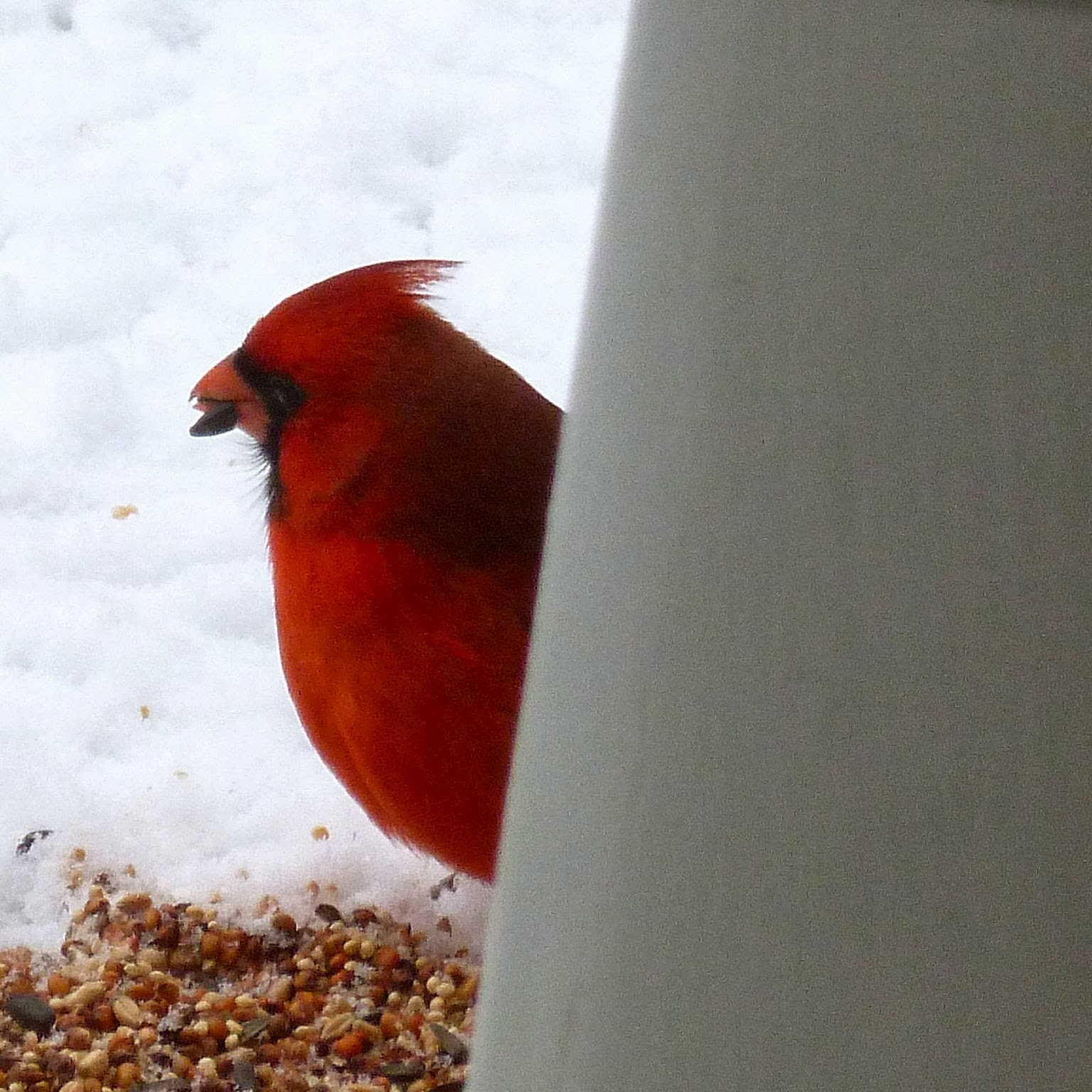 We've had a rare snowfall here in the midlands of Carolina. I couldn't resist taking pictures of birds and their tracks. We saw our typical favorites: northern cardinals, chipping sparrows, and goldfinches. 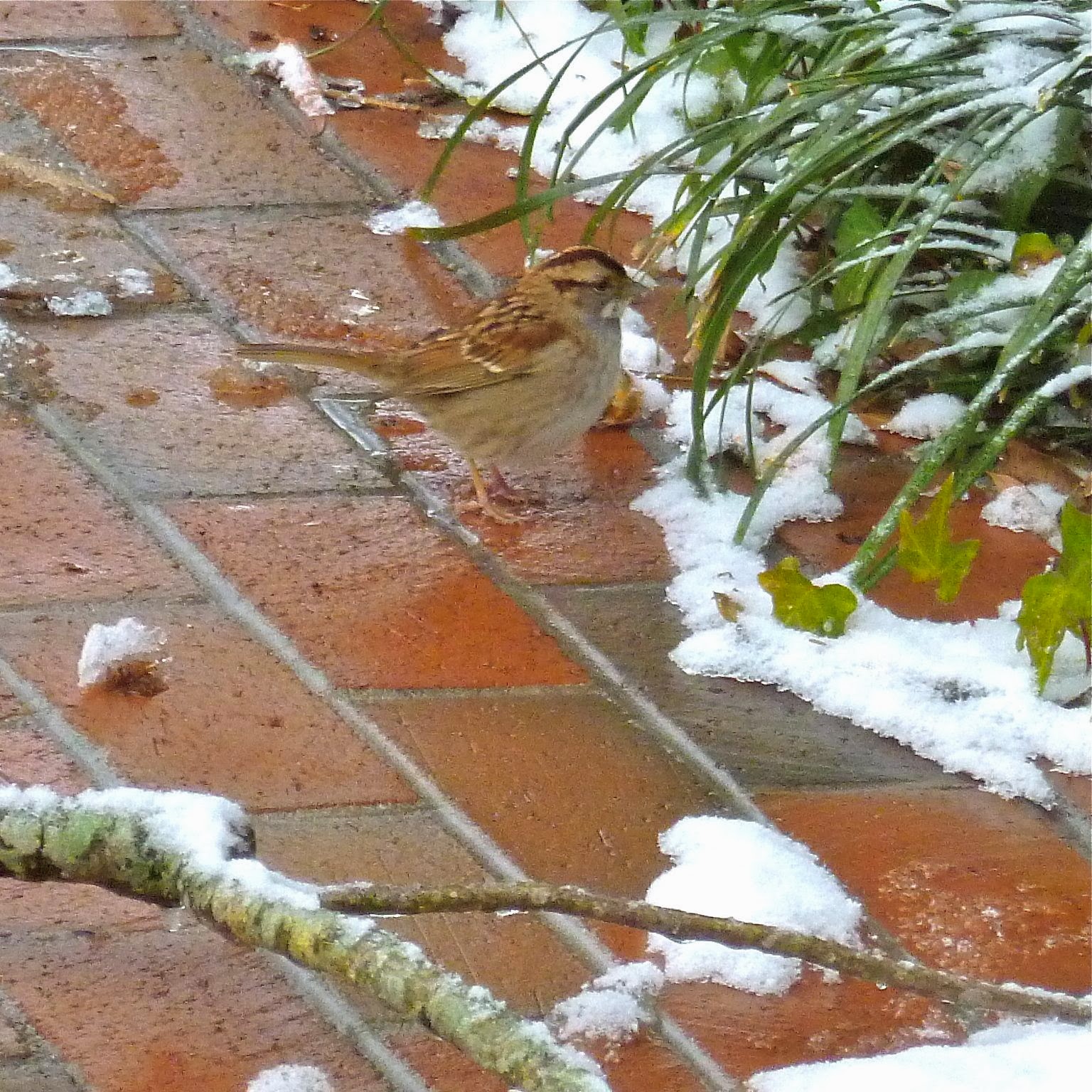 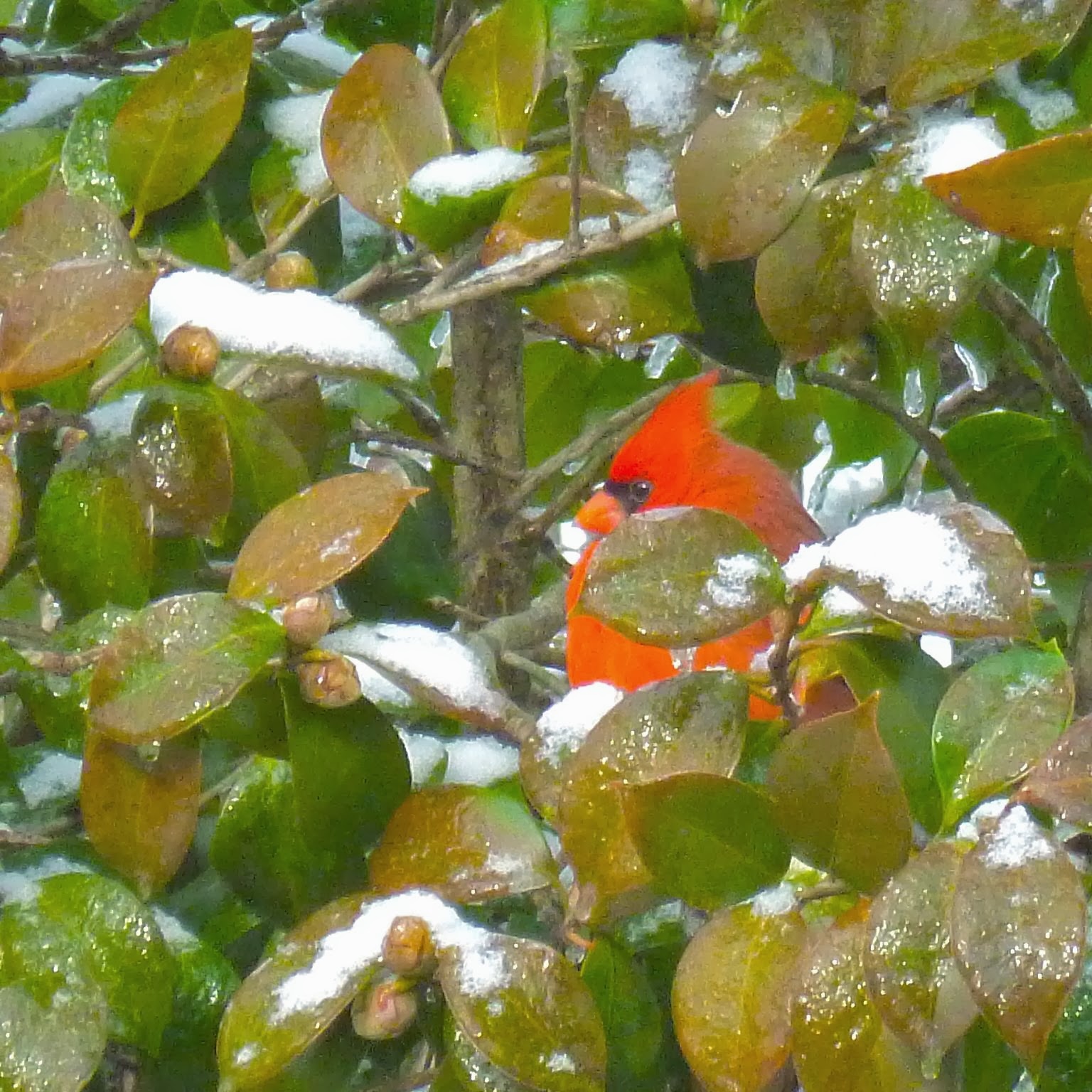 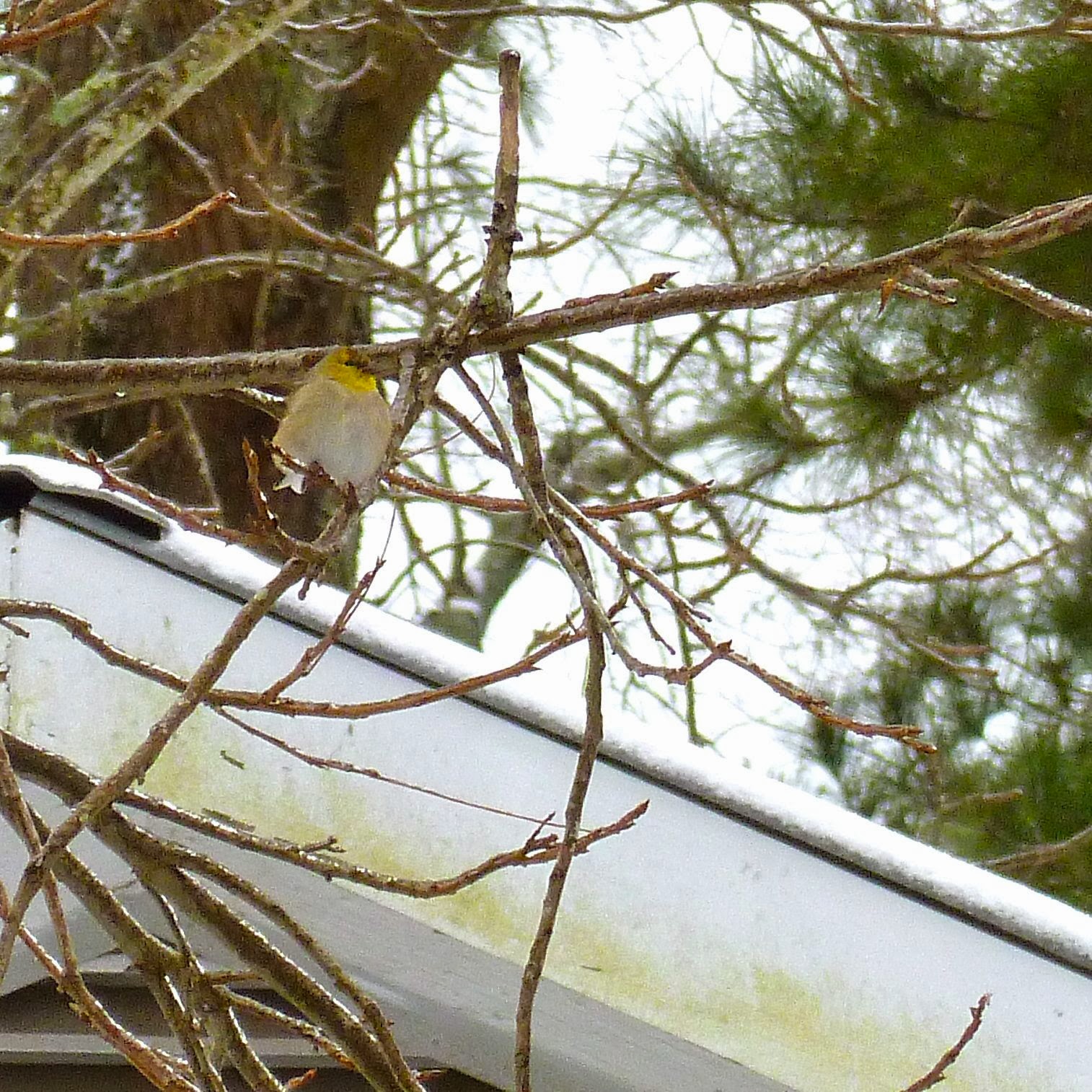 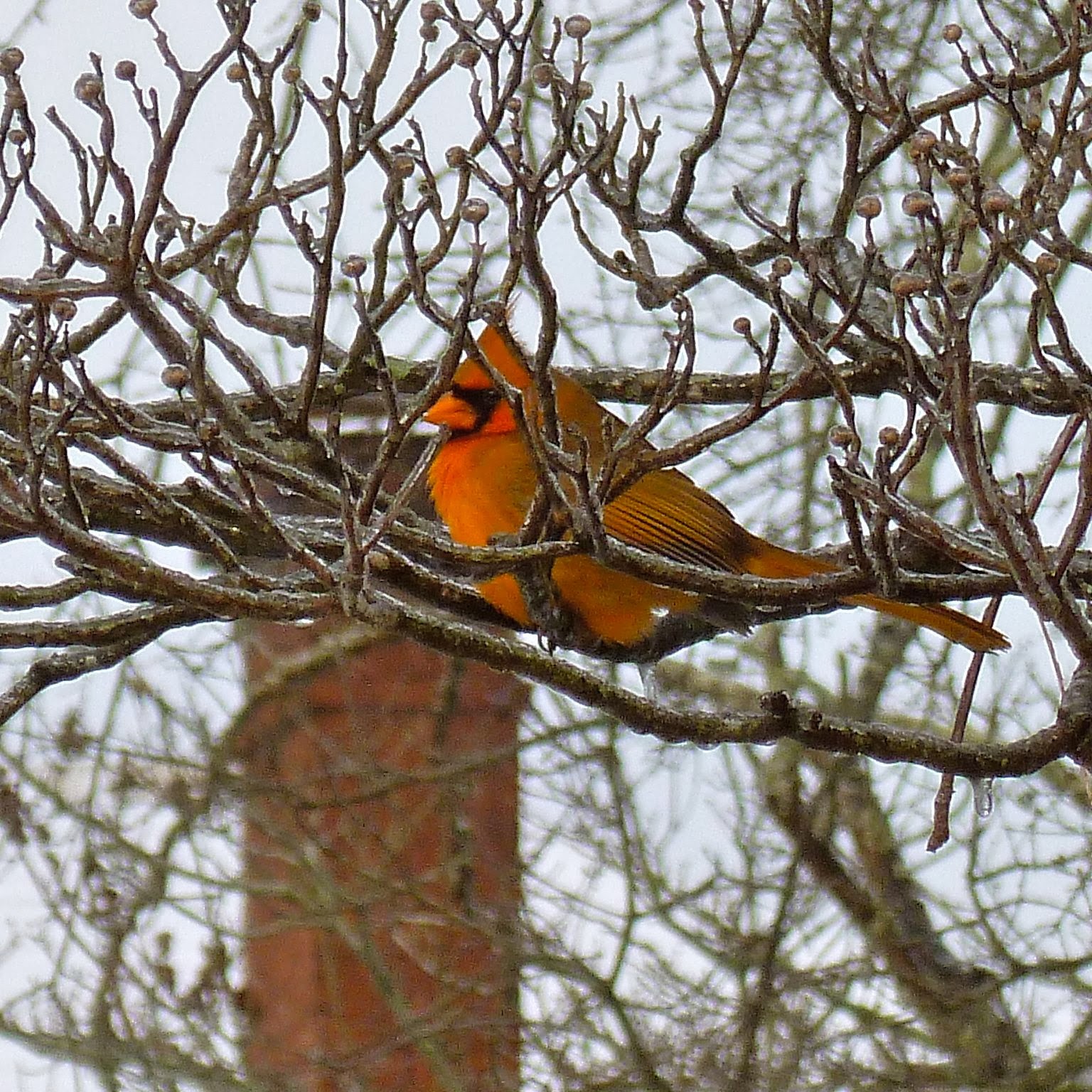 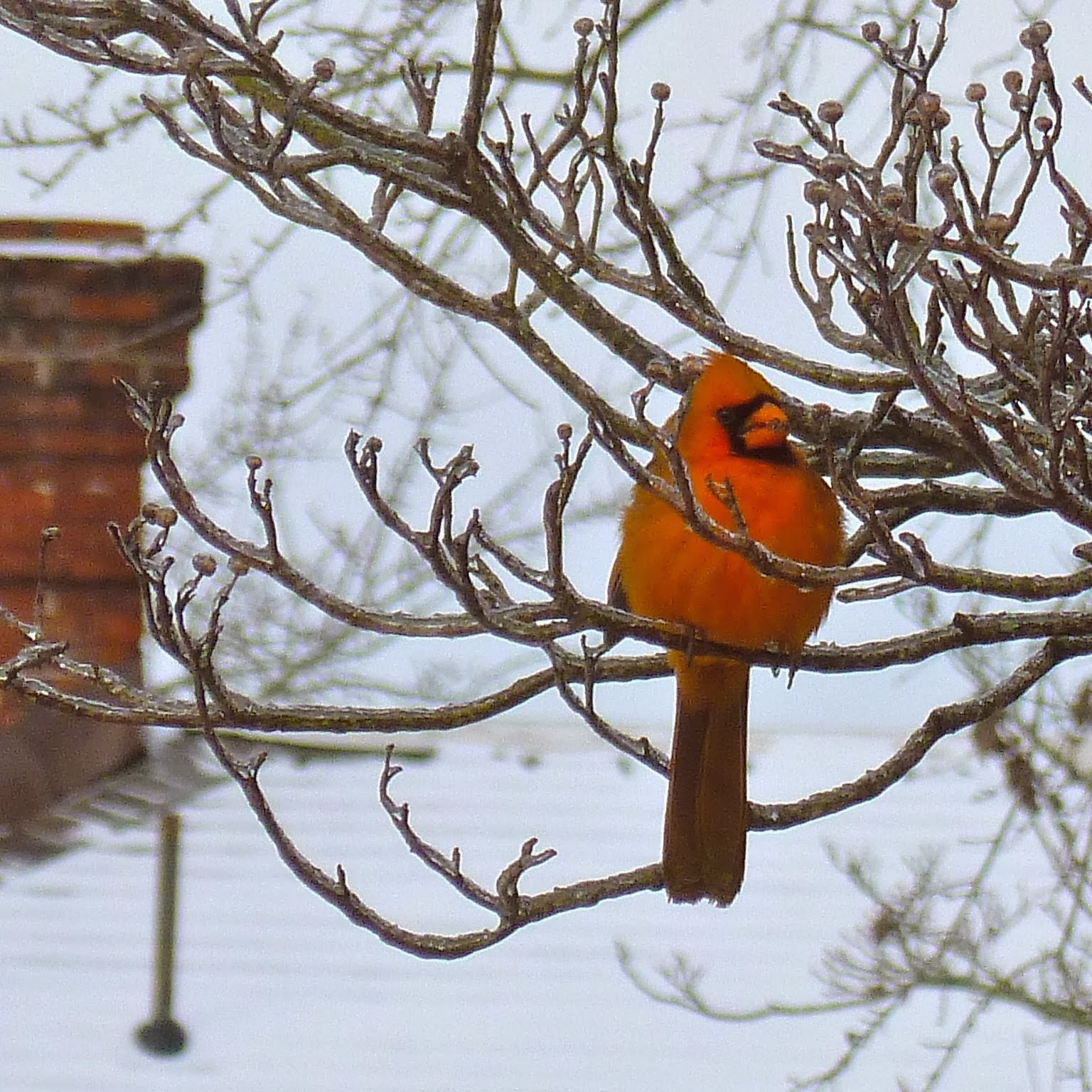 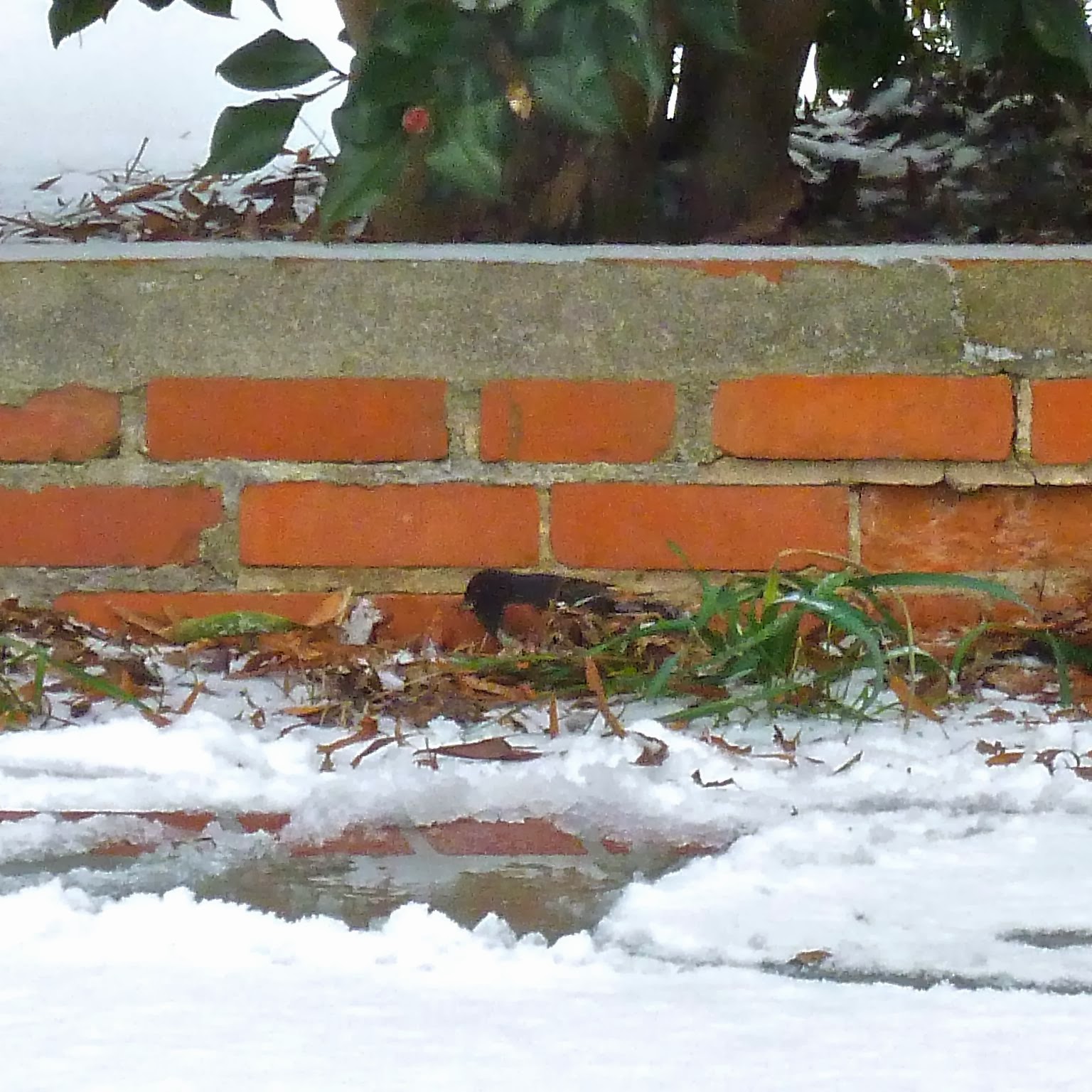 I also spotted two kinds of birds that are new to my feeder. How exciting! Truly! I squeal when I discover new birds. The first was something completely new to me: an eastern towhee. Its unusual behavior first caught my eye: the towhee was flicking leaves up as it foraged. Later, I spotted it perched on tree branches not far from a sparrow. Since towhees look like a large sparrow, the picture with the chipping sparrow clinched the identification for me. 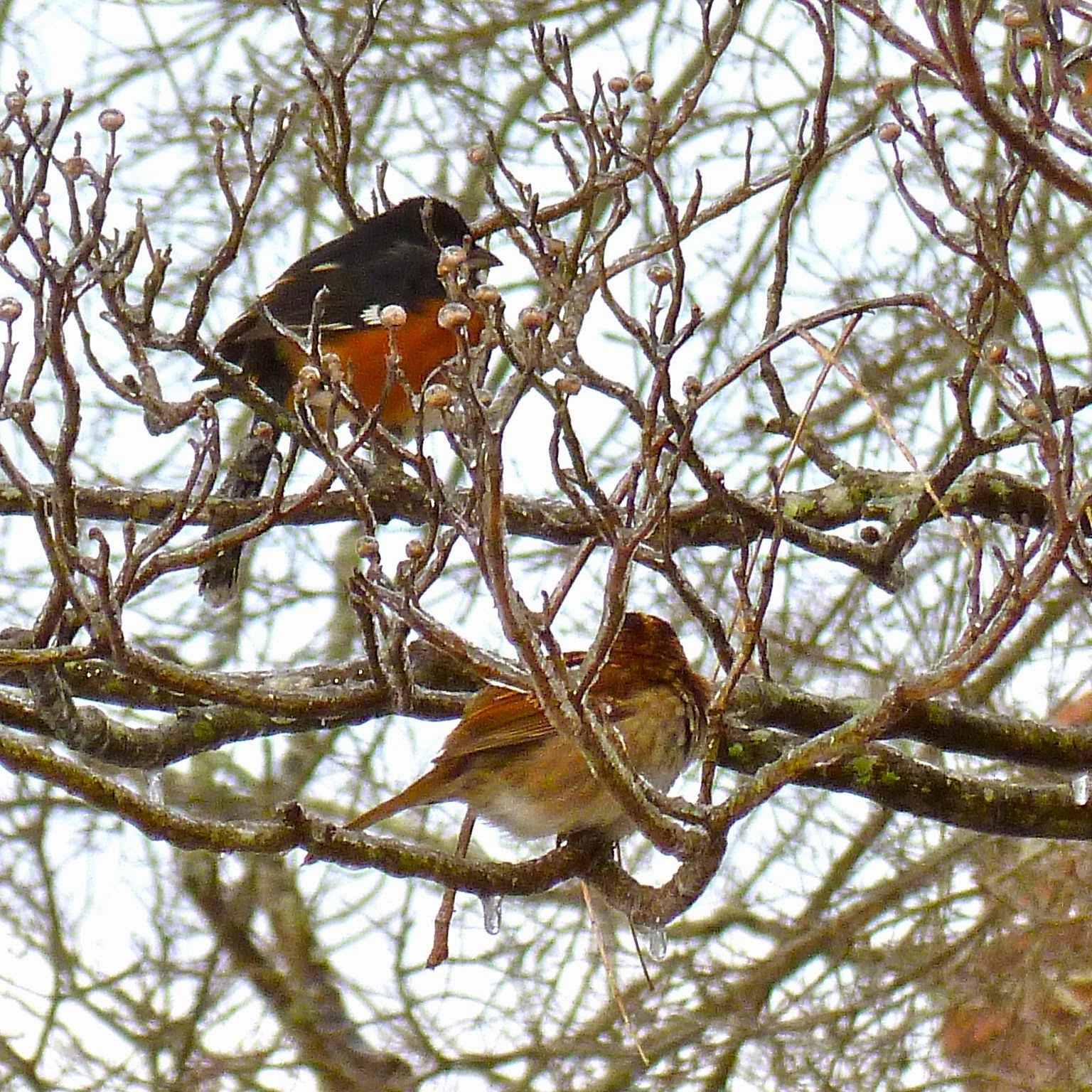 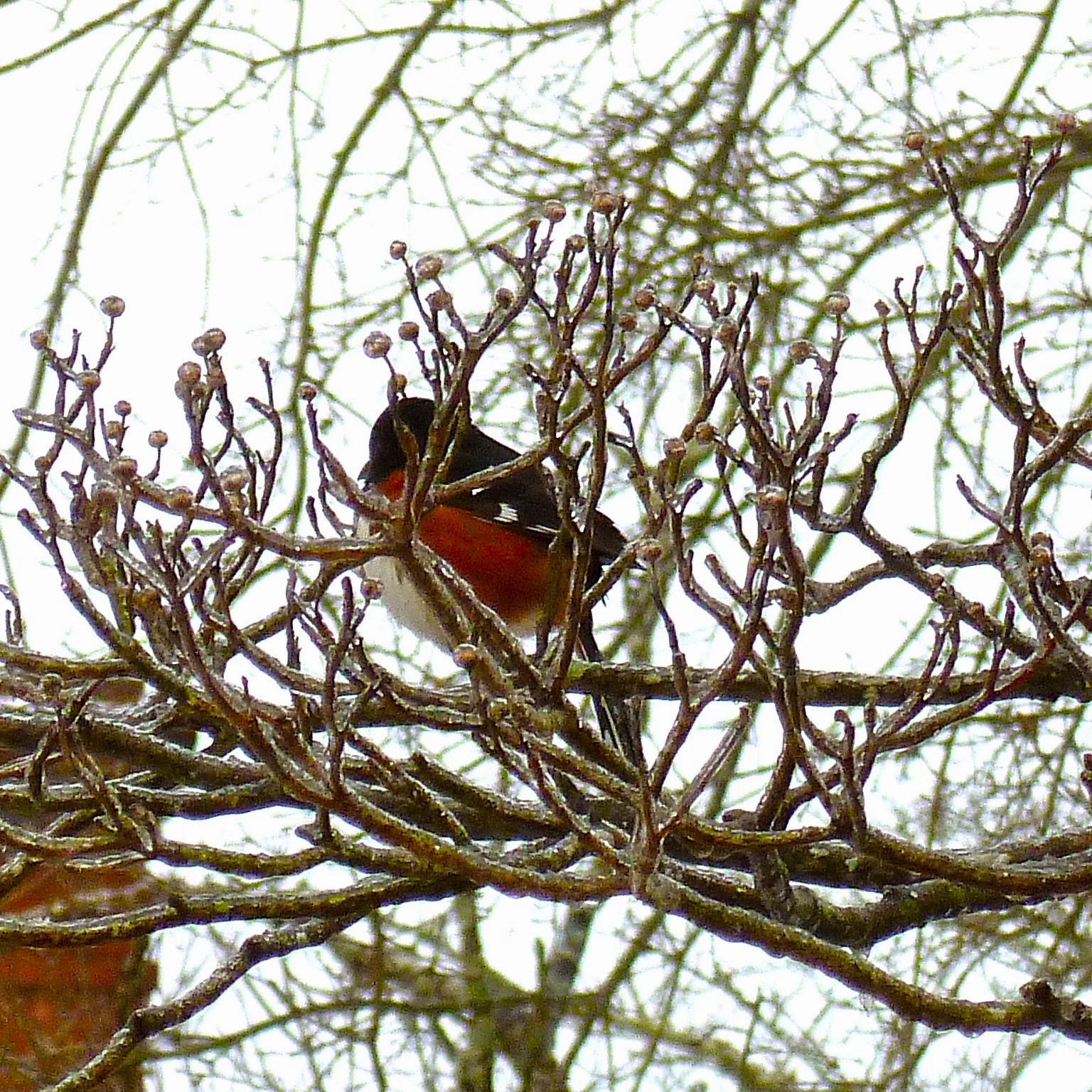 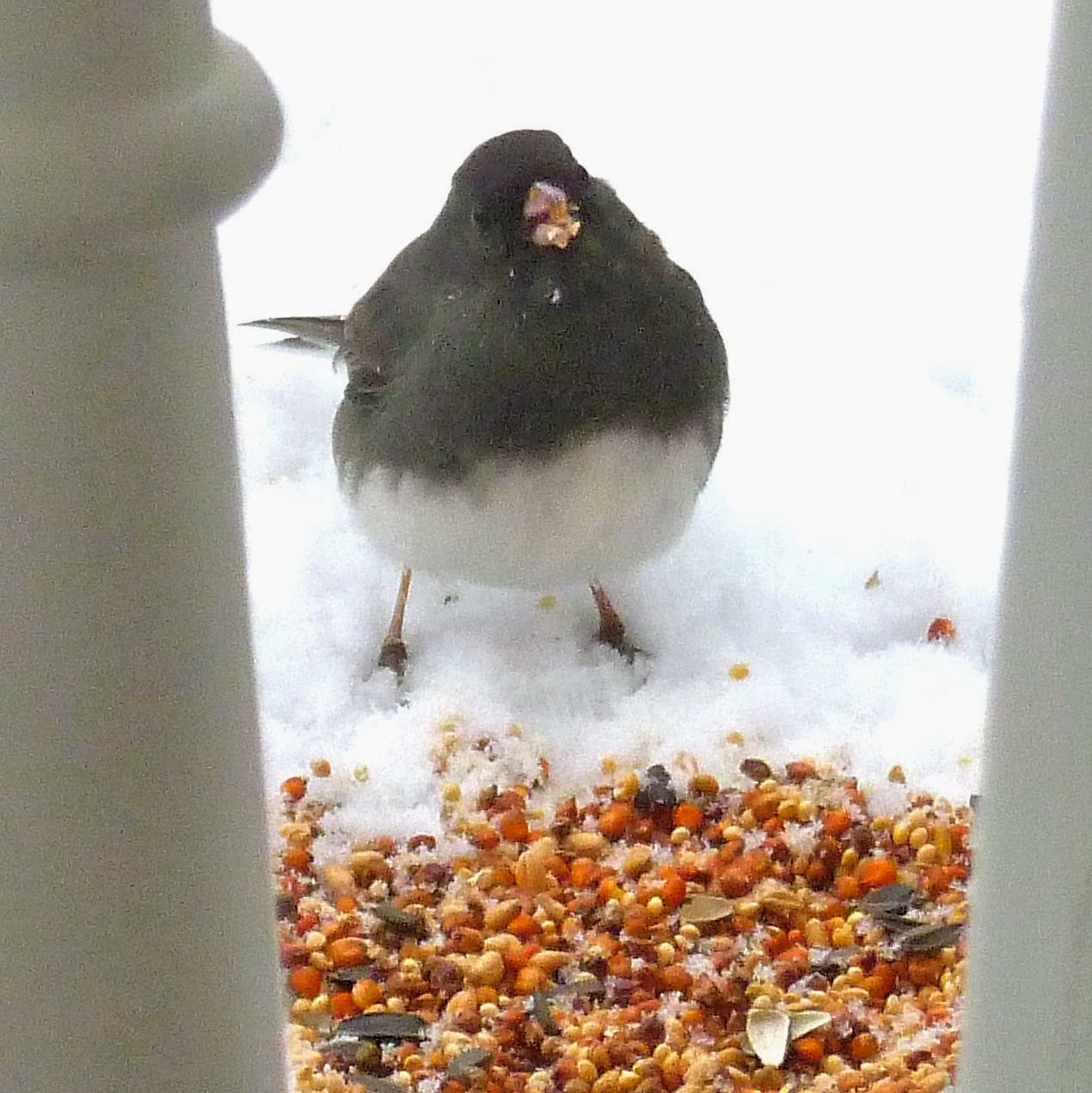 The other bird that thrilled me is the slate-colored, dark-eyed junco. I first met them behind Pike's Peak where they live year round. In years of bird watching here, I've never seen any. Monday, I spotted a flock at the school. I loved seeing them at home today. Aren't they cute? 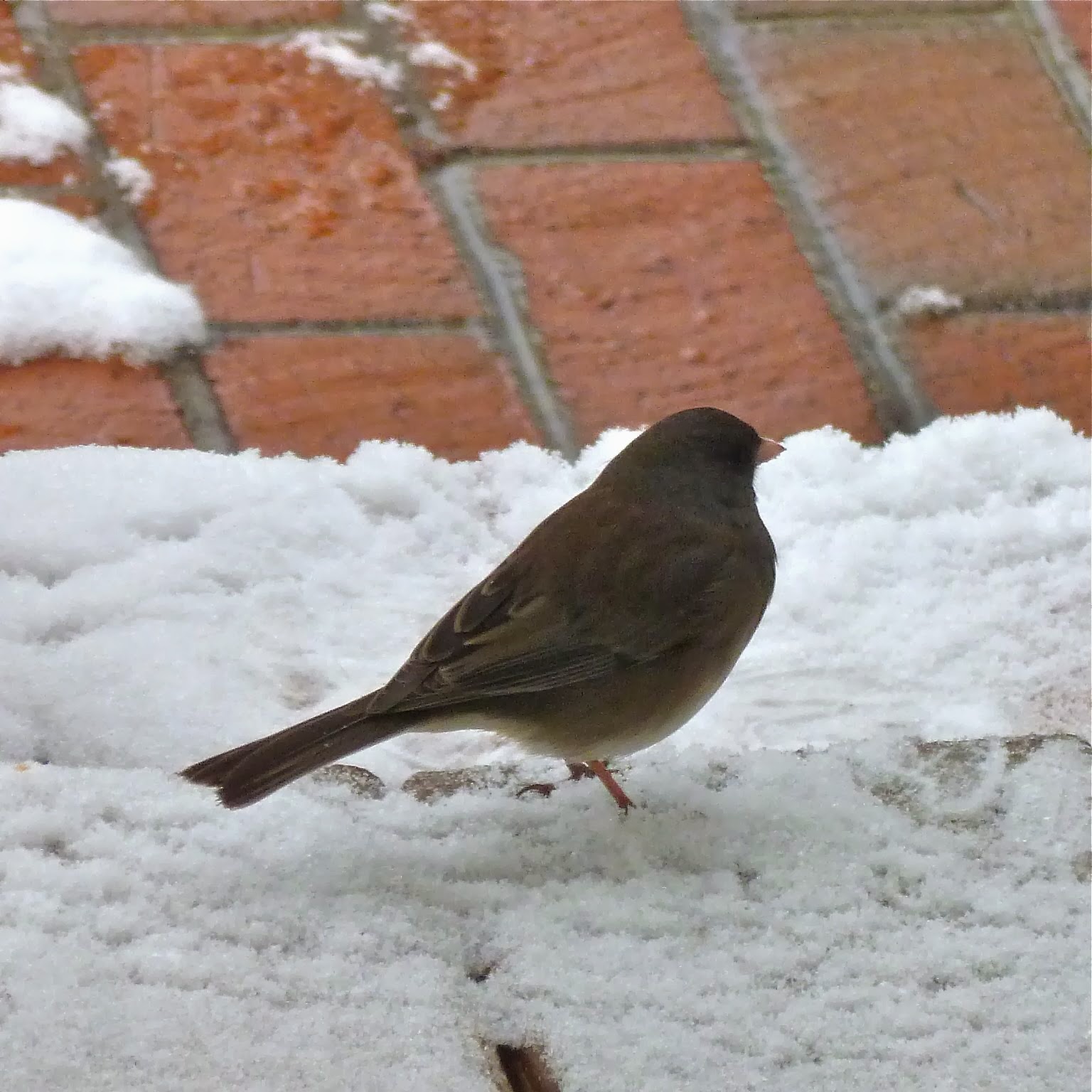 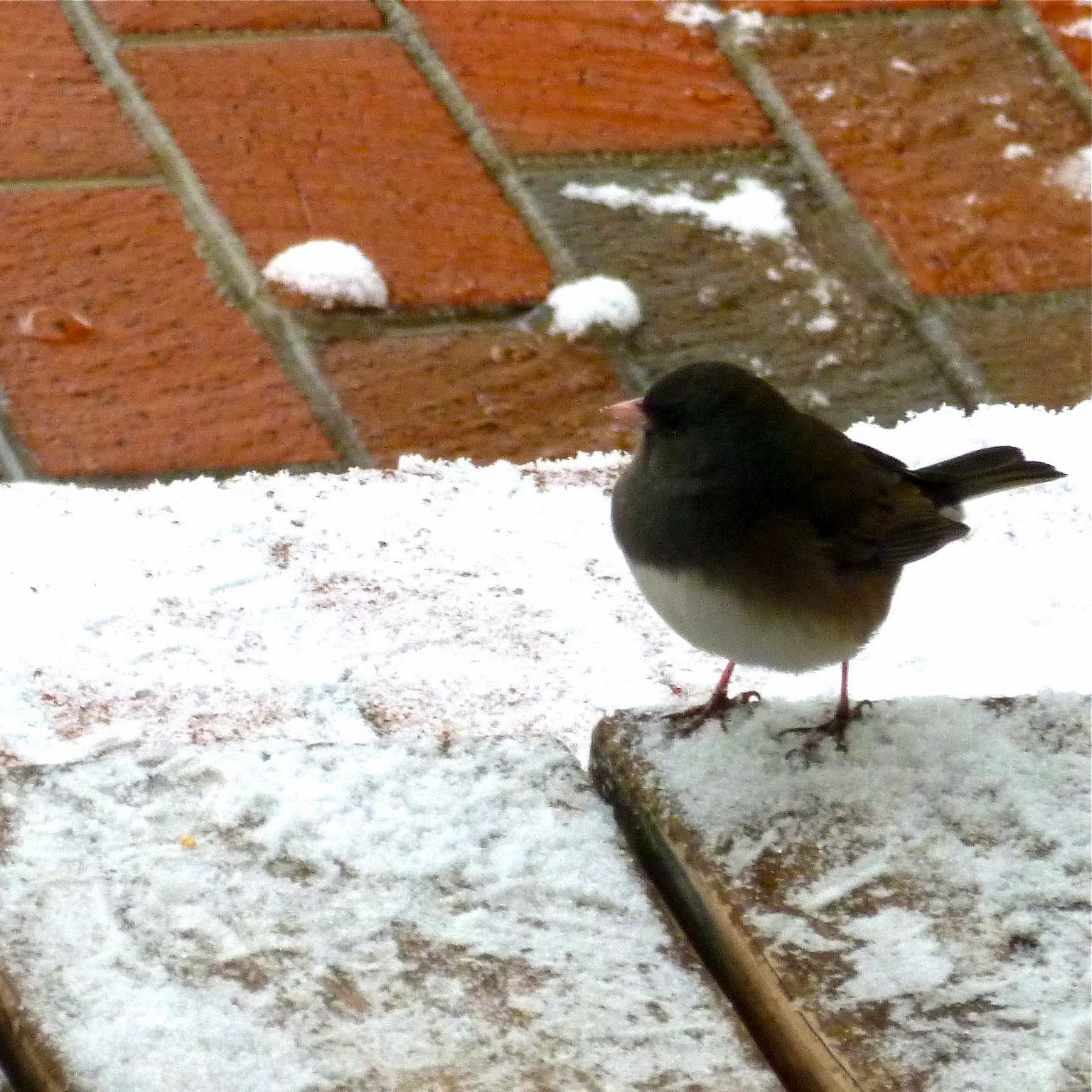 Long-time blog readers know that we celebrate the Great Backyard Bird Count every February. This year will be quite an event since Pamela and I will be counting at two locations: our schoolyard on Friday and our backyard the rest of the weekend. Because we needed to prepare an entire school for this event, I came up with several things to teach students and staff to identify birds. At the beginning of the new term last December, I incorporated a bird theme into some elements of our curriculum.

Living Books - At the beginning of the school year, the elementary students started reading UltraSwan by Elinor Osborn and The Wright Brothers by Quentin Reynolds. Now, they are reading John Audubon: Young Naturalist by Miriam Mason and the primary students are reading The Boy Who Drew Pictures by Jacqueline Davies. I also recommend a birthday present I gave to a young naturalist: For the Birds: The Life of Roger Tory Peterson by Peggy Thomas.

Nature Study - We have bird feeders stationed in the school yard, and students help us keep them filled. When playing outside for recess, students see things in nature and ask us about them. We give them proper names so that most of them have from saying red bird and blue bird to cardinal and blue jay. They also know mourning dove, robin, mockingbird, and tufted titmouse. Some students are quite advanced and know yellow-bellied sapsucker and Carolina chickadee. Instead just knowing the name of our state bird, many students can describe how the Carolina wren looks. They ask for the names of birds that they see while looking out the window at school and even at home. They have to give a good description, and then we head to our bird books.

Our staff and students have come a long way since the beginning of the school year. We are all more aware of birds and able to identify some and able to observe and describe them in enough detail to classify them. It's quite common for children to ask me about a bird that they saw at home or grab me at recess to take a picture of one. It's not unusual for students to flock around the big window near the bird feeders suddenly because one student exclaims, "I just saw a huge bird!" The other morning, one girl asked me to identify a bird. "It's brown on the back and has brown splotches on its chest. It's about the size of a blue jay. It was on the ground looking for seeds or worms." I showed her a picture of a brown thrasher, and she smiled, "That's it!"

One little boy's mother majored in biology in college. They were out bird watching and he said, "I think that's a tufted titmouse." She thought he was making up the name, so she looked it up on her smart phone. He was right, and she was amazed at what he knew about birds. We have a little flock of tufted titmice that adore our bird feeders. 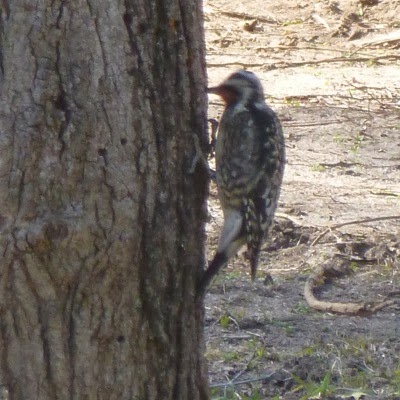 For science, they have made detailed drawings of a dead yellow-bellied sapsucker that we found on the grounds one day. While recording observations in our science notebooks, a live sapsucker was bring into a red maple tree nearby, so we quietly stalked it and found the holes in the trunk. While we were gone, an anonymous bird dropped a "gift" onto one girl's notebook and we all had a good chuckle. 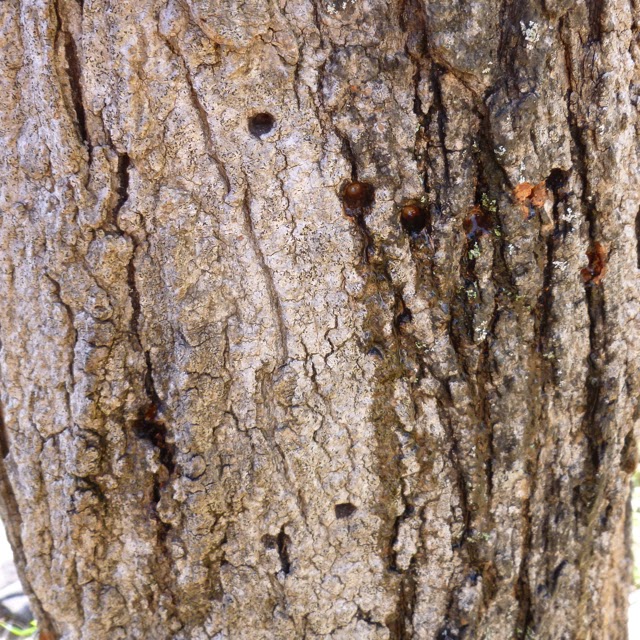 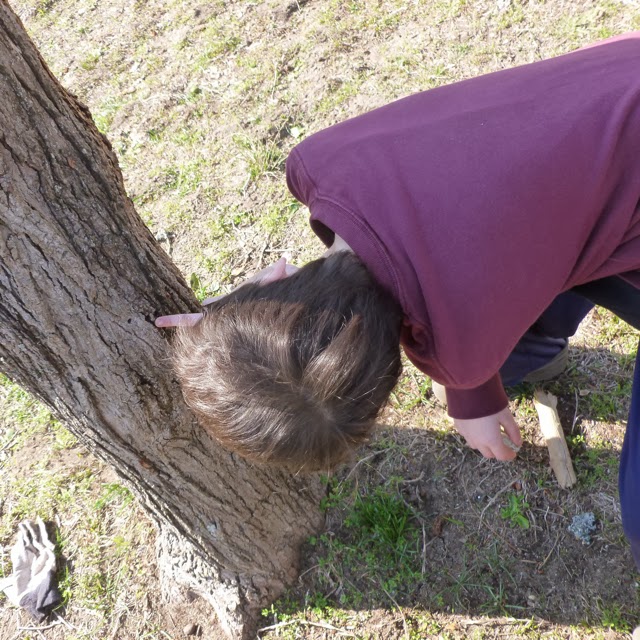 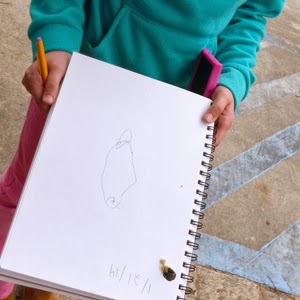 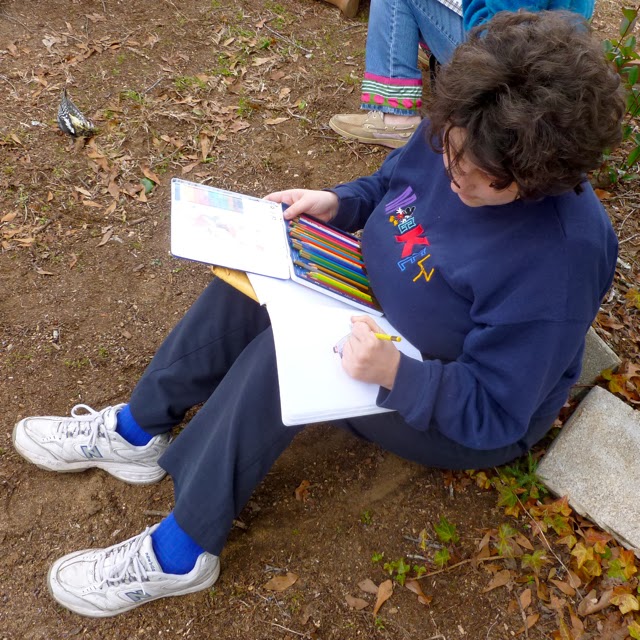 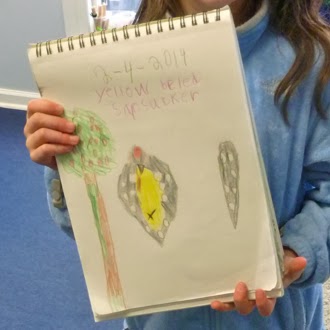 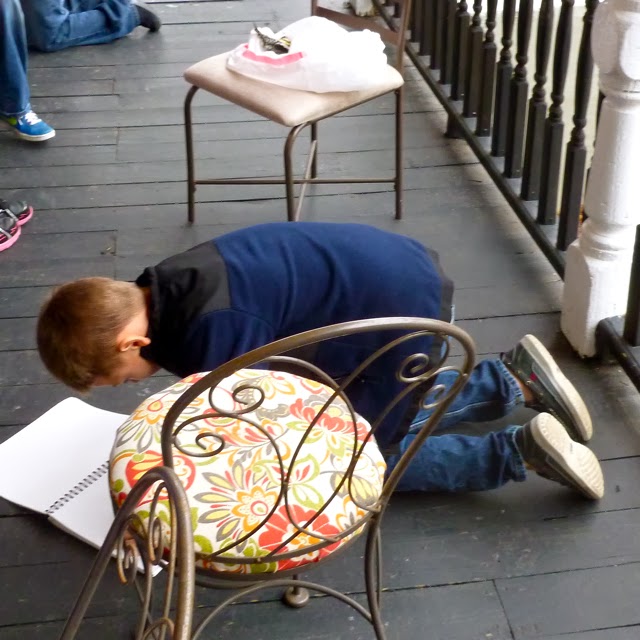 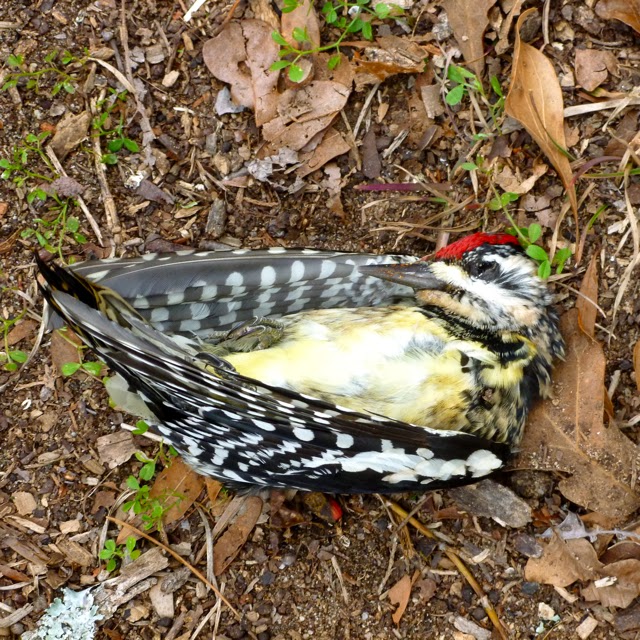 Science - To go along with the book on the Wright brothers, the students learned about Leonardo da Vinci's flying machines and built some models as described in this book. It also helped them understand some principles as flight and they saw how da Vinci used nature study to design his flying machines. They were quite amused at how da Vinci tested them.

Picture Study - The artist we chose for picture study this term is John James Audubon, specifically this book. Since we have about a dozen students per class on Fridays (our homeschooler day), we have two books and two pictures. They have to sit quietly and study the picture for at least two minutes. They are such chatterboxes it is hard for them not to talk. When they are ready, we close the books and each child gets a chance to say one thing. They go around in a circle until they run out of things to say. Then, they switch pictures.

Silhouettes - We've read several books about our state. Mama, Let's Make A Moon by Clay Rice, a silhouette artist who has been to our county many times, inspired us to study bird silhouettes. I've made about ten of them. Sometimes we hand out individual silhouettes to half the class and bird pictures to the other half. Each student has one. They have to match the silhouette with the picture. I used a picture from this GBBC blogpost as a guide. 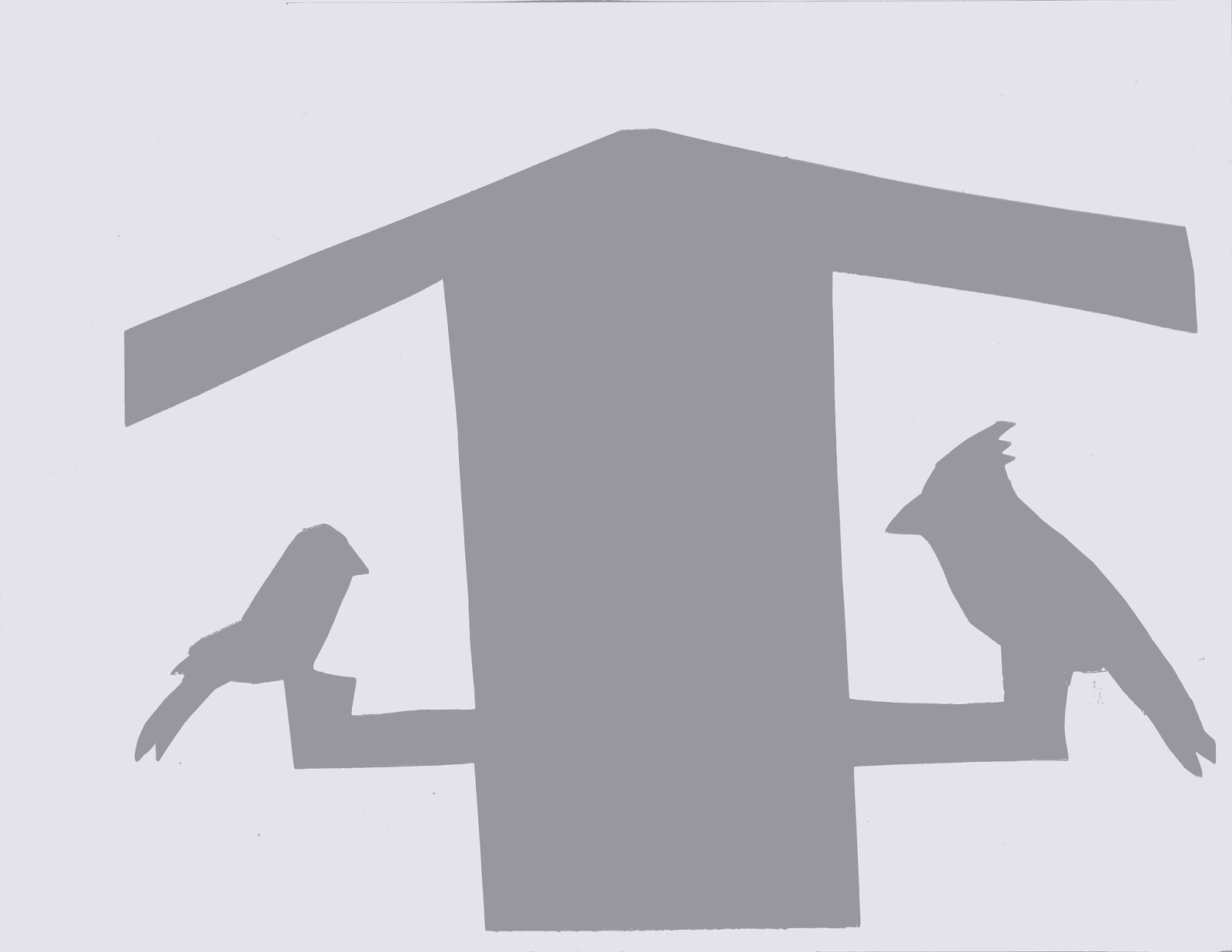 Plans for February 14 - I plan to make copies of the checklist and count birds during the day. I'll have a small group of children with me to help me spot and count the birds. As always, I'll have my camera, bird books, and my Nook available for tricky identifications.
Posted by walking at 22:36