Ideas about Nature Clothed upon with Facts as They Occur

Our business is to give children the great ideas of life, of religion, history, science; but it is the ideas we must give, clothed upon with facts as they occur, and must leave the child to deal with these as he chooses. ~ Charlotte Mason

Nature study is the foundation of science because it offers many ideas, clothed upon with facts, in the environment in which living things belong. Our guide on the Bulls Island trip is used to having groups that focus on the product: getting to the beach, exploring it, and finding two souvenirs to take home. The mile-and-a-half walk is simply the way to hit the beach and nab the shells, sand dollars, and other treasures. Going on nature walks every week has taught us that the process of walking a path offers treasures of its own. 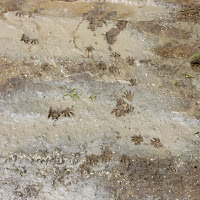 The very first thing that caught the eye of our young naturalists was the muddy tracks. We all agreed that they had to be raccoon tracks for we had seen them in the snow at our beloved Santee last February. A couple of the younger students wondered if those were Rascal's tracks. We also spotted some deer tracks. The guide does not typically have students interested in little things like tracks, so our headmaster had to run ahead and let him know why we were lingering. 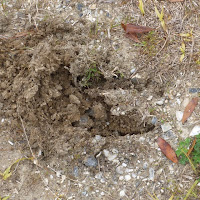 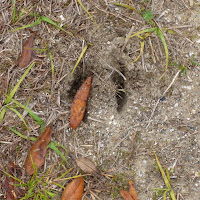 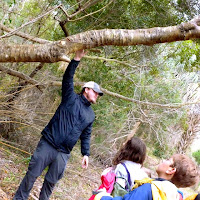 Our guide has taken many groups, school groups, adult groups, etc. on this path. He knows what to spotlight along the way — things that capture people's attention. He stopped beneath this tree and pointed out the series of holes drilled into the branch. He asked what might have made these holes. He expected insects or woodpeckers. Hands popped up and our kids blurted, "Yellow-bellied sapsucker." "We have one at our school." "It's made holes in our tree." "We found a dead one and drew pictures of it."

His jaw dropped. "You're the first group that has nailed it on the first try."

Our kids recognized it immediately because they have seen it themselves. Parents waiting to pick up students after school have watched a yellow-bellied sapsucker drill for sap from the red maple tree. Kids making entries in their nature notebooks have heard the tapping and looked up to see the bird seeking nourishment. Two weeks ago, my group noticed a pine tree at Santee with the same series of holes with sap pouring out of them. One student piped up, "A yellow-bellied sapsucker must have done that!"

This kind of information is easily recalled because the brain has stored short episodes of this feathered friend. They've studied a carcass carefully to glean details one cannot observe with a live specimen. Firsthand knowledge is easier to recall than disembodied facts memorized from a textbook. When our students hit high school biology, they'll recognize lichen they've seen on trees in many colors including pink! They'll remember how much more striking it looks on rainy days. 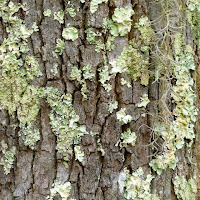 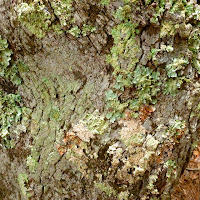 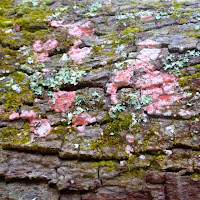 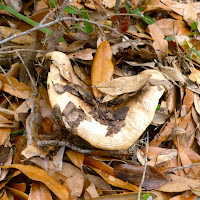 When they learn in high school biology that lichen is a symbiotic relationship between fungi and algae, they won't have to wonder what they are. They'll have seen example after example in many shapes and colors of fungi, decomposing their space. They'll remember the time we had a massive algae bloom in the fish tank and we conducted experiments (such as turning out the lights for a week and creating a blackout with trash bags for another week to kill off algae). Taxonomic terms won't be something to be memorized and will be drawn from memories of personal experiences. 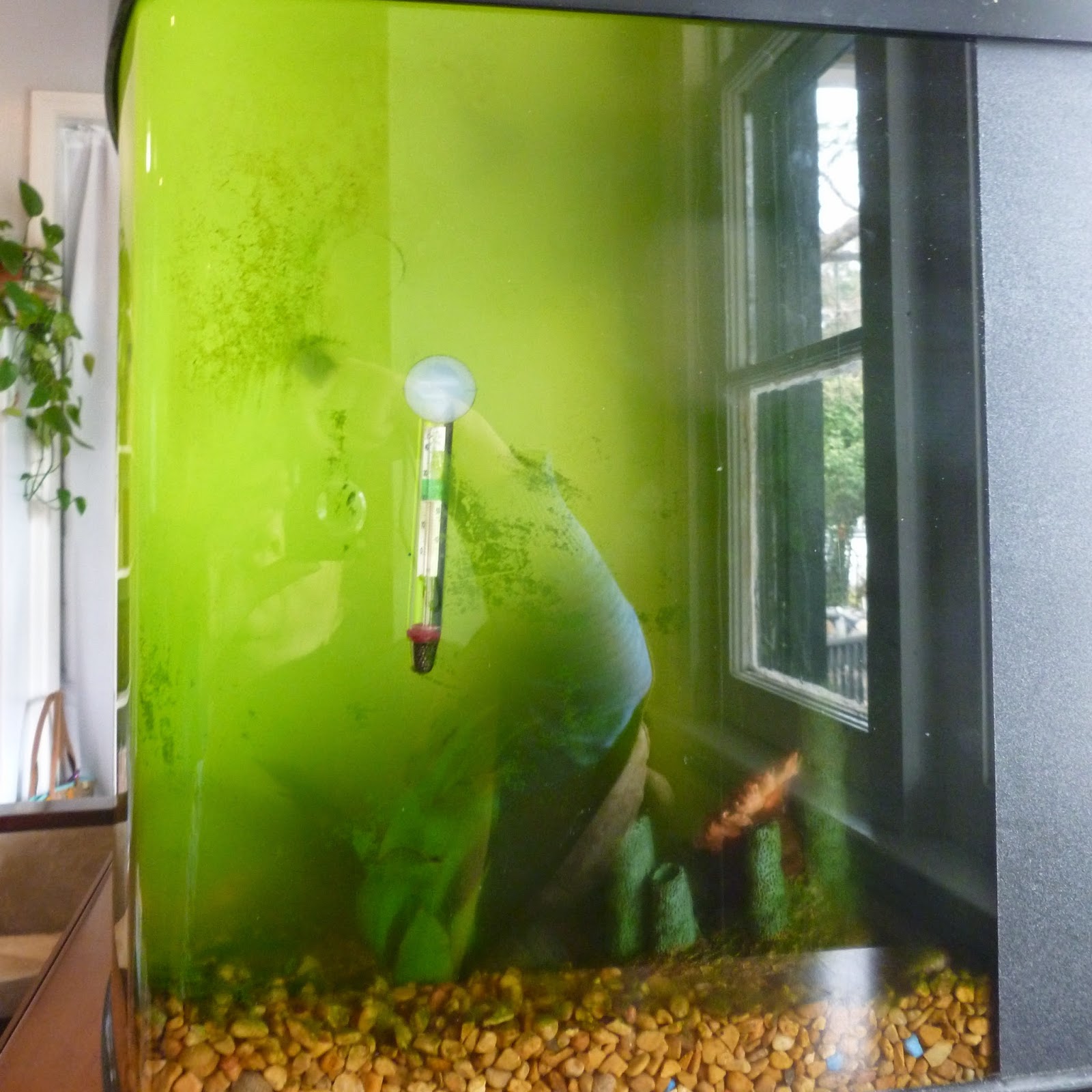 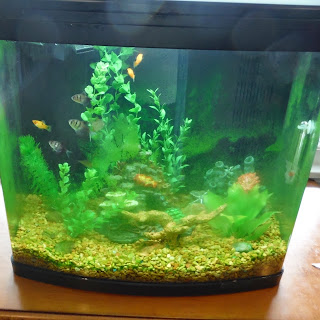 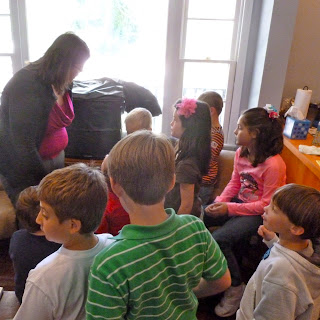 Speaking of algae, we know that the youngest ones will stop confusing "allergies" with "algaes" as they learn more. They will know the source of the yellow dust that makes many of us so miserable this time of year. They will eventually blame the small male pine cones for the pollen that causes sneezing, runny noses, and burning eyes, not the woody female ones that most people associate with pine trees. 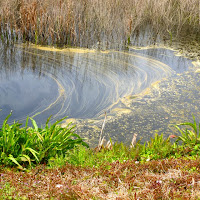 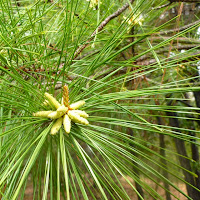 They will also have stored memories of adults curious to know about things and longing to know more. Adults with their own questions about living things. Adults who don't need reward-driven incentives to fuel the desire to find out more about God's handwork. Thus, they see us ask the name of something or come back a week later with possibilities we have researched. They watch us share our favorite nature books or post photographs to each other on Facebook. They hear us joke about coming back to Bulls Island to find out what color blooms on the thistle. 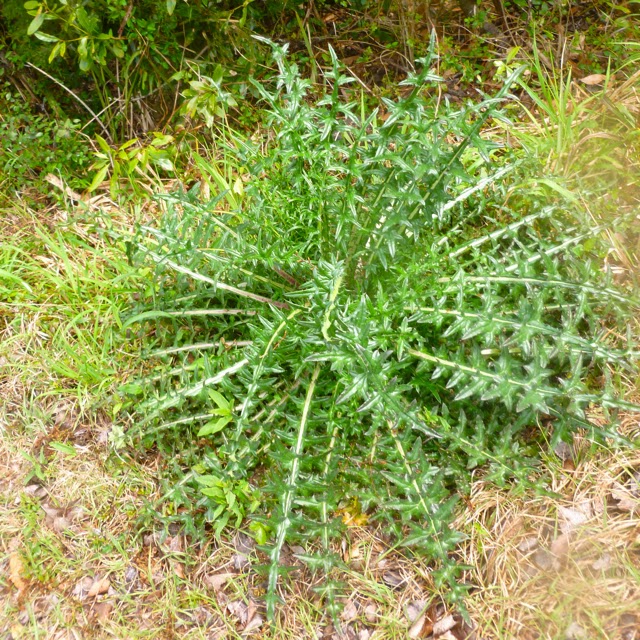 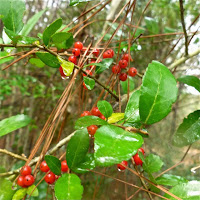 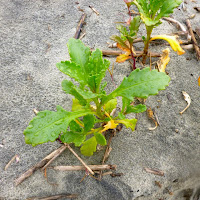 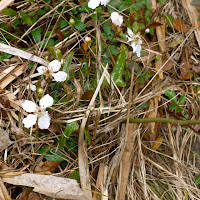 If you have no idea where to begin, I'll let you in on a big secret. Fifteen years ago, when I started down the path of Charlotte Mason homeschooling, I knew very little about nature study. Just get out there. Look at things. Ask questions. Research online. Get excited when you learn something new. Read books written by naturalists. Before long, you'll be so inspired about nature study that you won't be able to stop!
Posted by walking at 21:28

whoa! our posts do echo! of course they do. great minds think alike! ;)

what i think is interesting is that the students in the context of your school have the immense privilege of the teachers' years of nature study experience available from the start. obviously, at a CM school the teachers are going to have acquired that and will share it with each year's class. on the other hand, the mother at home learns as she goes, but has the benefit of learning alongside her same children for years and years. and so both scenarios will likely end up with similar end results: children who have spent considerable time outside and who have a whole lot of accumulated knowledge about nature. which is SUPER awesome!

i love everything you said.

my post is geared toward moms who are just getting their feet wet. your post basically illustrates what nature study over the long run will look like for those same families! we just have to wait for it while our experience and knowledge base catch up with each other!