Flexible Thinking in How We Help Spectrum Students 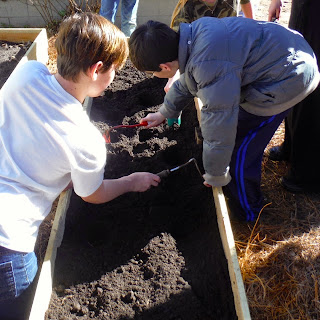 Last year, I blogged a bit about a "Harvester" with autism who enjoys gardening. (Harvest is a Charlotte Mason style school where Pamela and I hang out.) We have several spectrum students in our school, and they are all so different. As the saying goes, if you've met one person with autism, then you've met only one person with autism. We have one boy who "missed" a lot of classroom time last year because he was on a very difficult journey from learning to co-regulate (master his reactions with the help of someone) to self-regulate (know when to excuse himself or ask a teacher to help him deal with a stressful situation). This year, he's learned the lesson so well that he's never out of class. Point One: Sometimes, taking a huge step back fosters a huge leap forward! 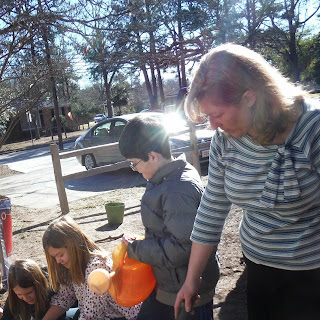 Another spectrum Harvester came to us last year from a self-contained classroom, labeled as nonverbal. His real issue is slow processing. When we gave him time to process, he talked. Once he realized that we would wait for him, he began to talk more and more and more, a little bit faster, a little bit faster, and a little bit faster. After the morning meeting, he needs time to eat a snack and burn off energy. Then, he is ready to join his peers for class. He works all day in class at his own level. He goes through an occasional giddy spell and has to leave class until he gets a grip. Point Two: Sometimes, labels are not accurate. 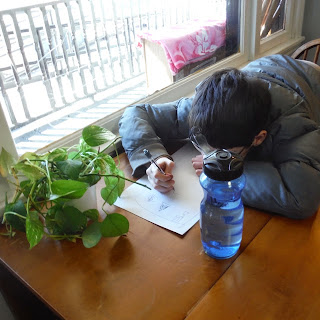 Here is the update on Eman, who could only handle an hour at school just over a year ago and who now stays all day and after school to play with friends. Last year, our goal was for him to work up to a full day at school. While he made it through most days, he left at lunch whenever he had a tough morning. Some mornings were tough, and I believe one issue was that he knew he had an out. His mother assisted the primary class teacher in the morning and went home for lunch. In the back of his mind, he knew he could go home if he acted up enough. Point Three: Some behaviors are deliberate, and they are the trickiest to figure out. 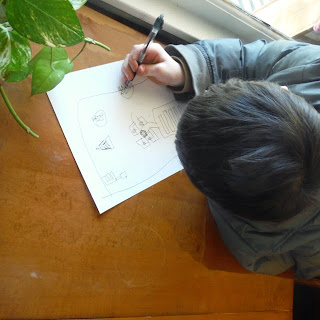 The good news is that we have figured it out. Over the summer, his mother chatted with him from time to time about having to stay all day. Why? This talented lady has joined us as the primary class teacher! The first term he stayed all day, but some days were very tough. Eman is wonderful and, when fully regulated, he is a delight. He gets excited about a story; he stays very engaged; he begs to help. The day we planted seeds in the winter garden he had a hard time taking turns because he wanted to do everything. When he notebooked the garden, he drew his dream garden which included a fountain and a hot tub. He has a big heart and a big imagination. Point Four: Every child, however challenging, has good qualities! 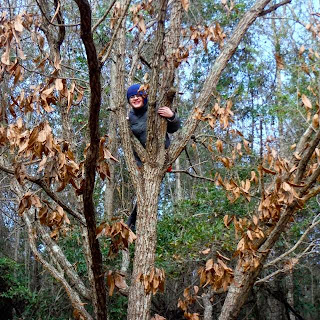 What was the trick? Eman is easily bored, but he needs some structure. Spending all day, in the same class, with the same kids, with the same teacher was a little too much sameness for him. His mother and our headmaster brainstormed a new schedule that gives him variety within a routine. He joins the morning meeting for the devotion, pledge, song, habit talk, and Spanish and then he has a snack. Low blood sugar can ruin a day for him. Then, he goes to the headmaster for independent work: listening to an audio book, notebooking it, and map work. Then, he joins Pamela and I for literature: we practice the fighter verse of the week, read a poem, read from two different literature books, and prepare for Shakespeare on Thursday. Then, he goes to his mom's room for math and heads to lunch. After lunch, he goes to recess and comes back in for copywork. Then, he and Pamela join the junior high in the big room for history and science in the afternoon. I am teaching that class so the junior high teacher can continue to build a solid relationship with him because he will spend several years in her class. Point Five: In spite of what many believe, rigid routine does not help autistic children.

How have things been going for Eman? Surprisingly well. He's only had two tough days all term. On one day, he tested us and realized that he prefers choosing to do the right thing even though he does not always feel like it. The other day was a combination of a cold and a death in the extended family.
Posted by walking at 10:56

A little late coming across this post but just wanted to say what an amazing community. None of the schools/homeschool groups around here are at all supportive in this way and sometimes we feel pretty isolated! What a gift you are part of.

This didn't happen until my daughter grew up and God put it on the heart of two friends and I to start a school for all children! Fortunately, since she still lives with us, she comes with me every day and is continuing to improve in her areas of strength and weakness.

I am so grateful for your willingness to share your experiences! Your blog has kept me sane as I homeschool with my 14 yr. asd son :)
We have just begun the rdi journey and working on declarative statements. But find scheduling/timing/transitions to be where things can get off track some. We use mostly ambleside online and have a flexible "daily" schedule. But it seems to take my son so long to complete his work...and it is not due to inability but rather what seems to be a certain amount of mind distraction. I notice him often wandering around or contemplating starting for what seems like ages and so I attempt to gently guide him back to his next project/reading etc. Lunch especially takes a long time...and he can become quickly irritated if I guide too much...
I would greatly appreciate any help/advice you could give!

Eman sounds like my son. My son is going to be 5 but I recognize him in Eman. I have sooo much to learn in guiding my son. He gets aggressive and I get explosive and punitive. It's terrible. I feel so helpless to stop his tantruming. I am sure there must be better ways to appropriate discipline, ect. I wonder if you would consider writing a book? There is such a need out there for parents like us who are clueless and attempting a CM education for our kids. God has given you such wisdom and experience. We could glean so much to help the rising generation who is on the spectrum. I am certain you are so busy but if you would prayerfully consider writing a book, I know it would be a treasure for so many families.

Some day, when life slows down, I may have to do this. You will be happy to know that Eman is now fully included with his peers every single day at single. He no longer needs recovery time outside of the classroom. Moreover, he finds moments in which he is thrilled. He has learned to love books about our state and he was overjoyed to visit the "real live grave" of South Carolina's poet and naturalist, Archibald Rutledge. He has learned to be responsible for his daily homework and classwork. It has been an exciting year for him and other students who have faced challenges at the school.

Are you on the Ambleside Online forum? Lots of special needs families there. AO has a private forum where we all share ideas.