A Sense of Place

One feature of the conference were discussions held at meal time with about 30 people seated in the dining room adjacent to the cafeteria. I attended only one out of fairness (with 140 people present, it would be right to attend only one or two even though I wanted to be a hog and attend them all). I enjoyed Amber Benton's breakfast talk on Charlotte Mason and geography Thursday morning. I did not take notes, so I suspect this narration will be shorter than the rest. 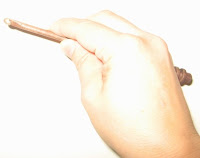 Another feature was how presiders introduced the speakers. I will follow their lead and introduce Amber in the manner of a typical presider. Amber Benton is a homeschooler, and her accomplishments are listed in the conference handout. I first met Amber at last year's conference when she was, in her own words, "about ten and a half months pregnant". A couple of months ago, I attended a conference planning meeting at her home. I immediately felt like I was visiting old friends when I saw shelves stuffed with books with familiar titles lining an entire wall. Maps of Middle Earth lined the wall of another room! Her backyard had a very rustic setting, where I imagined her four boys studying nature. She baked homemade cinnamon rolls for us and served tea. Before I left, she gave all of the crocheters wooden hooks that her husband made. I picked a short hook that looked like a honey dipper. We all promised to share our work online, and here is a potholder and hot pad I made with the crochet hook from what appears to be a diagonal stitch. 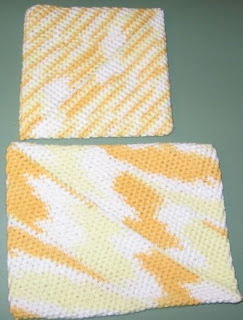 Amber began her talk by asking us to count the number of places we really knew. In her case, she knows and loves Appalachia. Born of blue highlander stock, she spent her childhood in the mountains, learning things like the distance the crow flies is much shorter than the distance you walk. Her father showed her all the ridges and the creeks associated with the each one. People gave directions based upon the nearest creek. After she moved to the big city, she missed the mountains and creeks so much that she refused to know Charlotte. Ten years later, she is beginning to see that every place has a reason to know it and she vowed to know the city where she and her husband are raising her four boys.

A recent article in the Charlotte Observer coincided with her newfound inspiration to know her city better. Charlotte is perched atop of a long rise between two creeks, and early settlers flocked to it for its gold mines. Like many cities, streets receive their names from geographic features. Major roads in Charlotte carry the names of creeks: Sugar Creek Road, Steele Creek Road, and Mallard Creek Road. Amber did not realize how many creeks in Charlotte were hidden, capped, and buried beneath concrete. The fact that the city was planning to "uncap" a lost creek capped to make way for a mall intrigued her, and she read to us excerpts from an article that explained the history of Little Sugar Creek and plans to unveil it. Amber could finally connect to Charlotte through something already familiar to her, its creeks.

Finding connections makes sense to a veteran of many moves (one day I sat down and counted the number of homes in which I lived--even if for a few weeks--and lost track after thirty-five). Often I connect to a new place right away because of kindred spirits. Even when I do not relate to people right away, the geography and nature of a place attracts me. My children, also veteran movers, have developed their sense of place, having lived in a high-rise apartment in a metropolis, a quaint New England village, the suburbs of New Orleans, a fishing village in the Aleutians, a valley behind Pike's Peak, small town America, farming communities, etc. And, thanks to living books, they have gotten to know places in their imagination that they may never see physically.

Then, Amber showed us one of her recent acquisition, which she bought through the magic of the Internet: an old copy of Charlotte Mason's, The Forty Shires. Sure, you can read it online, but nothing compares to touching the gently worn cover and fragile pages of book cherished by many hearts. I imagine Charlotte considered geography a high priority since that was the topic of her first book. She believed even the youngest child could know geography by developing pictures in their mind of a great river through their relationship with a local creek and envision the hillock behind their house as a mountain. They could start to know position of the sun, weather, direction, boundaries, and features of local geography through an outdoor life. This part of Amber's talk brought to mind Helen Keller's education:

Our favourite walk was to Keller's Landing, an old tumbledown lumber-wharf on the Tennessee River, used during the Civil War to land soldiers. There we spent many happy hours and played at learning geography. I built dams of pebbles, made islands and lakes, and dug river-beds, all for fun, and never dreamed that I was learning a lesson. I listened with increasing wonder to Miss Sullivan's descriptions of the great round world with its burning mountains, buried cities, moving rivers of ice, and many other things as strange. She made raised maps in clay, so that I could feel the mountain ridges and valleys, and follow with my fingers the devious course of rivers.

Amber closed her talk by reading from a cookbook! Yes, a cookbook. Apparently, The New Laurel's Kitchen doubles as both a vegetarian cookbook and a good read. The introductory material conveys the sense of a place called Laurel's kitchen, the old one and the new one, in vivid detail. That is the most wonderful thing about a living book, you just never know what wonderful place you will visit next.
Posted by walking at 22:26

Jennifer, I was attracted to RDI because it seems like a Charlotte Mason like way to approach socialization. She assumes children already have mastered relationships with language and people (the challenges of autistic children) and focuses on relationships with thoughts and things.

One of my presentations was to show people teaching special needs children how to analyze a therapy manual from a Charlotte Mason perspective. The example I used for comparison was the RDI manuals! Recordings will be available and I will announce it when they are. I will be happy to email my handout to you; just email me privately.

Yes, there are differences, but not enough to reject RDI. Charlotte Mason was very much against utilitarian education (making people "useful" to society), rewards and prizes, etc. Plus, her philosophy assumes a Christian worldview, which is critical for me!

Tammy, I'd love a copy of your handout! And definitely let me know when the recordings go online!

I went to an RDI parent support group meeting given by my consultant, and it was a book discussion on the RDI recommended book "Apprenticeship in Thinking". I was amazed at how many times I thought that the ideas put forth in that book sounded like CM ideas. I haven't purchased the book myself because it's a text and $32 at amazon. But I'm going to call around and see if I can find a used copy somewhere! It might be something you want to read, if you have any free time! :)