If you have ever read The Five Children and It, then you know the dangers of wishes come true. If you have never read that gem of a book, step away from the computer, find that book now, and enjoy!

Little wishes aren't so dangerous. On Thursday, Paperbackswap granted my wish for a science book that has been sitting on my wish list for two years. It is the kind of book that is truly worth only $15 new but, because it is out-of-print and sought-after in homeschooling circles, is going for $9,999 new paperback, $313 used paperback, and  only $82 new hardcover at Amazon. To think that I'm getting mine for the cost of media mail isn't really mind-blowing because the 48-page book truly isn't worth the inflated-pricing schemes. Perhaps, the tulip mania chapter in Hans Brinker and the Silver Skates isn't so far-fetched after all. 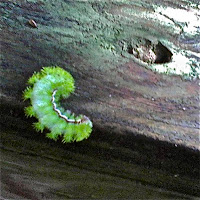 A friend of mine posted a photograph of the Io moth caterpillar about a month ago. This creature is so amazing that I wished to see it in real life. Yesterday, when we headed out to Santee National Wildlife Refuge, my request was granted. The children spied one soaking up sunshine, while resting on the railing of the boardwalk. My cellphone doesn't do it justice, but the picture was clear enough to earn a confirmed sighting of the Io over at BAMONA. Apparently, I'm not as weird as I thought because my sister-in-law, who is so much more hip than I ever was or ever will be, had a cool shot of a caterpillar from her yard on her cell phone too!

I've had another wish, a very long-term wish, really a prayer that finally came true yesterday. In our third year of homeschooling (back in 1997), we joined a homeschooling co-op and loved it. Two things happened in 2000 that changed everything: we moved to another state (and have moved several times since) and we shifted to a Charlotte Mason style of homeschooling. Our paradigm change meant that, while we still occasionally attended co-ops, they never really meshed with how we homeschooled.

Backing up a bit, since moving to Carolina, I have tried to start local Charlotte Mason discussion groups, but nobody seemed interest. One spring, a group of us starting meeting in Columbia, but it was such a long drive and life was so busy that it fizzled out. Often, my timing isn't God's timing, nor my plan His plan.

Then, in Spring 2011, God dropped a study group in my lap, or Phase I of my Heavenly Father checking off an item on my bucket list. Long story short, a friend came to me when she first started thinking of homeschooling and I let her borrow For the Children's Sake. Six months later, she plunged into homeschooling and never brought up Mason's ideas, so I assumed that our unusual ways weren't meant for her family. Six months after that, she began telling me that she and some of her homeschooling friends had been reading Mason and they wanted to get together so they could learn more. The first couple of meetings I did some "show and tell" so they could see the sorts of things Pamela and I did and the sorts of books we read. Then, we began plowing through Home Education and moved onto Towards a Philosophy of Education at the beginning of 2012, talking about habit training, exams, mother culture books, and other things CM. Pamela has show an interest in getting to know the babies of the families. During the past eighteen months, we have grown together in our friendship and understanding of Mason's ideas. One friend delighted me with a gift from the British Museum (her husband's favorite haunt in London when he isn't busy flying airplanes).

Last summer, we began hatching a new plan, Phase II of progress toward a bucket list. We all felt brave enough to launch an afternoon of enrichment, which we now call "The Feast". That may sound like an odd name for a homeschooling gathering. We are trying to avoid the "c" word because we are on the road less traveled. We hope to alert fellow homeschoolers we aren't quite what one expects in a typical co-op.

I will hold off on posting on how the day went. Instead, I will share how we spent the past two Friday mornings: walking the trail at the Santee National Wildlife Refuge. The first time we went, Pamela didn't know exactly what to do, surrounded by so many children. She joined in to see what we all found but didn't seemed to find anything herself. Yesterday, she collected sticks, which made me smile. 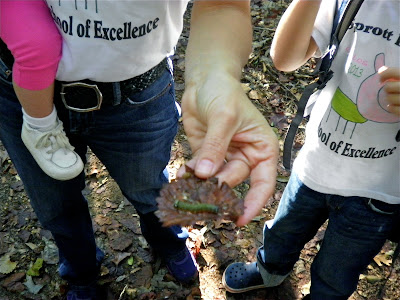 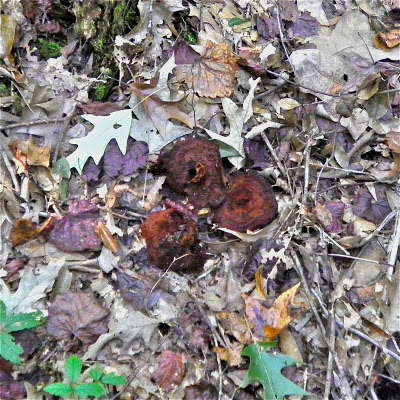 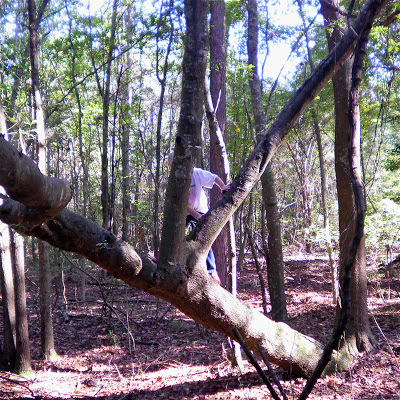 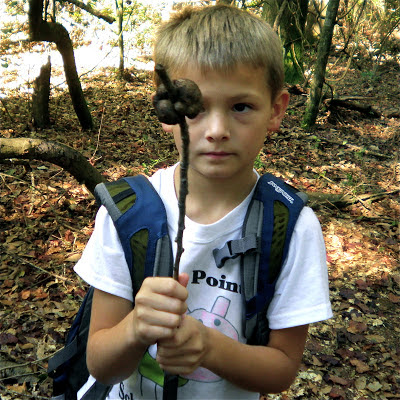 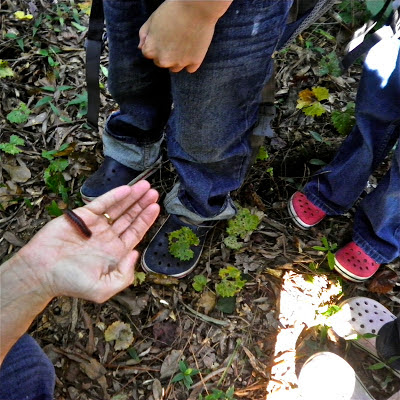 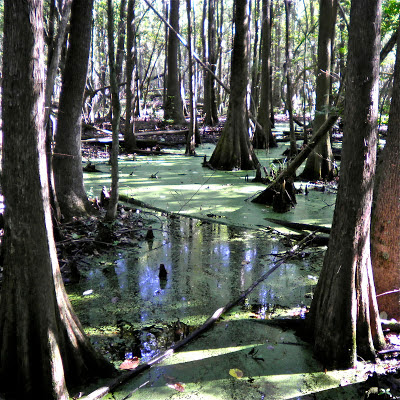 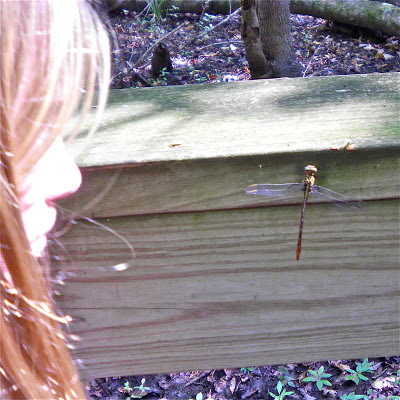 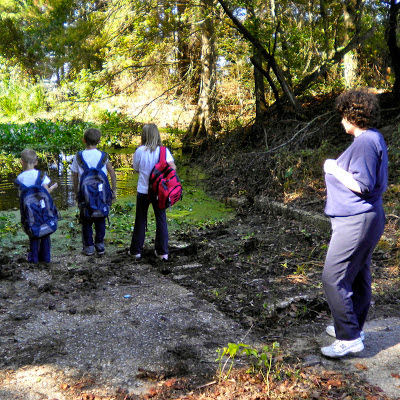 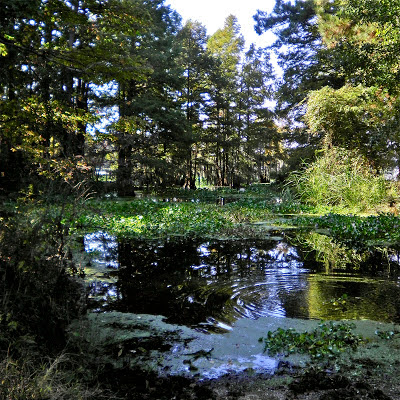 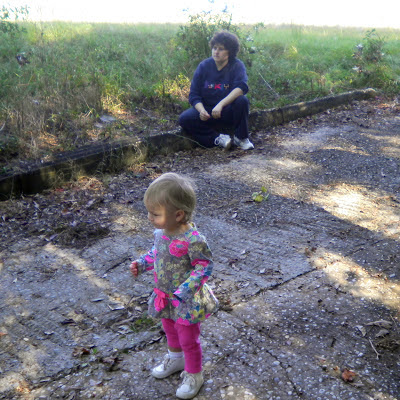 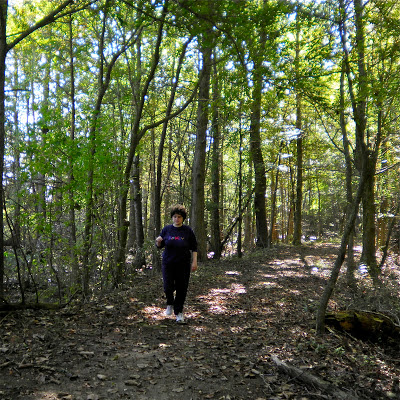 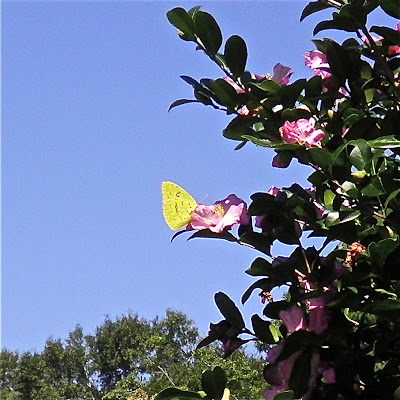 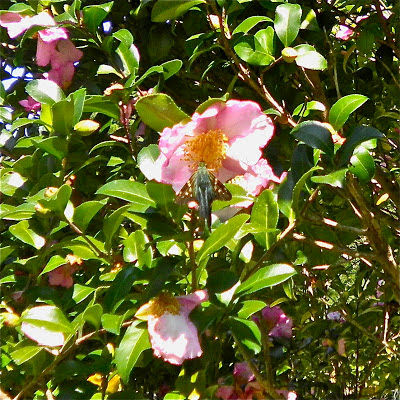 Wow. God and His perfect timing. You know, I'm so glad you're able to do all these things and blog them too.

Our God is an awesome god, and he loves to fulfill our hearts. So happy for you.

So happy for you and for your friends who are enjoying The Feast together!

Lovely post, Tammy. Great to hear that you have such a nice group. Whatever happened to your RDI group?... I recall you meeting on occasion to discuss the RDI book.

It will be a feast! I am so thrilled to have some of the students that were in a (coop) *we all talked at the conference years ago, then we broke up* WHO are in my class right now. ONE poem in particular has ministered as a comfort recently and I was aghast when his mom told me. ( from Shakespeare) and this student has touretes. ( did I spell that right?) SO, so happy to see Pamela right in there. AND what book did you get on the Paperback Swap? Did I miss a link above?

Di, we were meeting but my life got so busy (same time as the meetings in Columbia) and it fizzled out. However, we are all still in touch.

Bonnie, it really is not a book worth all the tulip mania at Amazon. I wonder if sharing the name will only inflate it even more. I'm so glad that you are enjoying your own feast with kindred spirits!