Kicking-Off Our Study of World War I 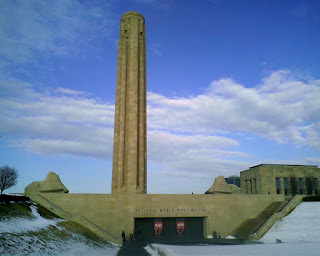 Pamela is delighted that we are on the verge of studying the 20th century, focusing on the Great War, based on Ambleside Online's recommendations for this timeframe. In addition to our overall history narrative (the final volume of The Story of the World), we are going to read Rilla of Ingleside to see how war affects the homefront. We will also read the exciting book Falcons of France to understand a new type of warfare (this book is pricey because it was once be out-of-print). Over the Christmas holiday, Steve suggested we visit the National (yes, National) World War I Museum, which just happens to be in Kansas City, Missouri. The museum exceeded our expectations and you can bet we will come back after Pamela has grown more familiar with the landscape of the war. Even though it is pricier than our beloved Nelson-Atkins museum, we visited on Wednesdays when tickets are half-price (seven bucks per person, instead of fourteen). Tickets are good for two consecutive days.

I really like the thought put into organizing the collection. We began by watching a short movie that explained what factors led to war. We walked to the right side of the building, which focuses on the first half of the war. That side offered another movie about the war itself. The opening of that clip had haunting music and written descriptions that brought to mind Tolkien's description of the dead marshes. A veteran of trench warfare, he poured the images of dead bodies lying in mud and muck into the hobbit's nasty trek to Mordor. Underneath the screen was a static display of soldiers in the field with a German Focker hovering above in the dark of night. During the film, light and sound effects in the field below heightened the feeling of doom for those poor men. 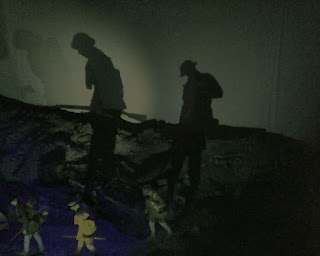 The artifacts are organized into categories like any other museum. What I appreciated most were the scenes in which you could peek into a peephole and imagine soldiers in action. The very first display was the trench itself.

Contrast the dirt and grime of the trenches with a peek into a clean, peaceful hospital room. 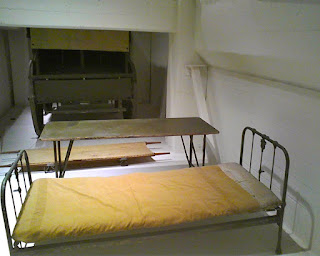 We walked inside the crater of a bombed-out home. This reminded me of my mother who was born in Berlin in 1940. Her family lived in an apartment complex with a bomb shelter underneath. They heard the bomb sirens sound and ran to the shelter, which was full. After being turned away, they found room in the one across the street. After the dust cleared, they were horrified to learn that their apartment building had collapsed, killing everyone in the shelter.

Because we will focus on the first examples of aerial combat, I took a few pictures in the aviation section. Someone clever showed footage taken during a flight onto the floor, which inspired Pamela to flap and pretend to be a bird. 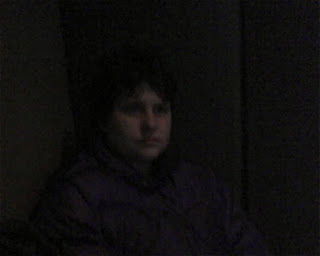 We also enjoyed the soundproof booths for listening to audio from that era: speeches, musics, poetry, and prose.

I chuckled at the Navy uniforms women wore in that era and tagged my sister, an electronics technician in the Navy Reserves, in the picture I posted on Facebook. I snapped pictures of Pamela standing near a mine and a torpedo.

Of course, even this Naval Academy graduate cannot neglect the army, so I took pictures of life in the trenches for soldiers: gas masks, an ambulance, and a tank.

We could not leave without making an entry in Pamela's book of centuries. She chose a machine gun, which was rather fitting since it was invented during the Great War. A year and a half ago, we had purchased a very durable, beautiful journal especially designed with Charlotte Mason homeschoolers in mind: it is holding up beautifully. 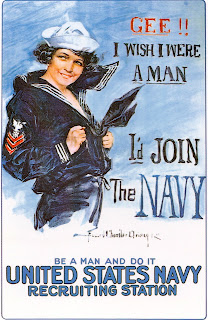 Leaving a museum without touring the bookstore is unfathomable. I looked for the book Dreadnoughts by Robert K. Massie for my personal reading and ended up having to download it on my Nook. However, I did find a postcard that was a blast from the past. Back in the early 1990s, the U.S. Navy decided to go all politically correct and banned this poster from recruiting stations. I, of course, seeing the folly of it, bought one for myself. When I posted a picture of it on Facebook, two friends chimed in: one has a small version of the poster and another friend's wife, who was a classmate of ours at the boat school, bought a coffee cup with the contraband picture. I love my friends!
Posted by walking at 11:04

Email ThisBlogThis!Share to TwitterShare to FacebookShare to Pinterest
Labels: Book of Centuries, history