Three Steps Backward in the Annuals of Guided Participation 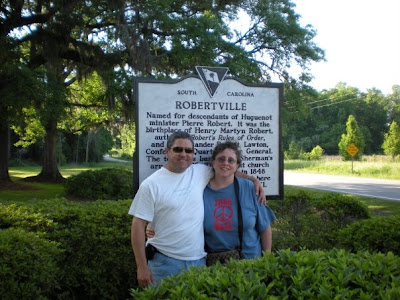 When it comes to guided participation, Steve prefers a benevolent dictatorship with Pamela in charge. He has a very hard time sticking to what he prefers and the moment Pamela senses him waffling, she runs him over with a bulldozer.

We continue to work on her desire to control him, and the lastest thing to address is iTunes. She does not want him listening to iTunes on the computer, for no good reason other than to wield power over Daddy in my opinion. We were listening to music on Steve's computer when the dragon lady emerged from her den. She started to rant, "Turn it off! X! X! X! Turn it off!"

Steve decided to placate her by playing her favorite songs: a good move if your strategy is to scaffold Pamela into accepting us listening to iTunes. I supported him by snapping my fingers and saying declarative things about the wonderful music.

After four song switches, he said, "I am tired of listening to iTunes. I am turning it off because I want to."

I fussed at him for letting Pamela win that round. He acted sheepishly and evasively about her not winning because it was his choice.

Then, he made a fatal mistake. He turned to Pamela and asked her, "Did you win or lose?"

She shot up her arms in the symbol of victory and said, "I win!"

Just now, I recorded Pamela who convincingly shared her testimony of said win (even though she is using the computer, she is cognizant enough of her victory to share this tidbit with me):Pamela 1, Dad 0 . . .

Email ThisBlogThis!Share to TwitterShare to FacebookShare to Pinterest
Labels: anxiety

This has got to be difficult to witness, after all your careful work, and knowing that it doesn't have to turn out this way for others! There are control issues with my son in the car over what we will listen to. It is taking some serious strategizing, as we don't want to run into meltdown situations while we are driving along.

that is so funny

LAA, I definitely agree with you on chosing your battles, time, place, circumstances, etc. Pamela really is lucky to have a father who loves her and accepts her for who she is. So many fathers run out on their autistic children, but Steve would do anything for her. They do all kinds of things together like go on car rides in his Triumph (British convertible). I hope that he now sees through her attempt to control him. When a child is low-verbal, you do not assume higher level thinking. Pamela just proved otherwise!!!!!

LOL, sounds like my husband. Totally devoted to the kids, a great dad, but also a great big soft marshmallow. :)

I've got a marshmallow hubby too. LOL Both boys tend to walk all over him. Trying to train the boys and dad at the same time. My mom calls it being a mommy-wife. ;D

So...uh...Tammy. Now that you have that on record, with regard to your husband, did you win or lose??

This incident is interesting because one of our daughter's greatest control issues seem to be with music...radio, itunes, cd, and my husband playing on the piano. She also has a hard time watching a new movie even if it is something she knows she loves (barbie). We are working through this right now with Amy's help. We can now put on different cd's in the car without too much "fussin", but other settings are still a challenge.


Susan T. in Chicagoland (we are the first family featured in Amy's new website.)

Kathy, I do think that Pamela showed him that she truly is manipulative with him and he cannot underestimate her intentions . . .

Susan, I might as well post Amy's site here: Pathways Treatment Center. I love the picture of your daughter in her dance recital! Pamela is very flexible and most of issues have to do with controlling her dad . . .

*Smile* That must be frustrating.

Laughing Stars, frustrating, but enlightening. A window into what Pamela is thinking and it confirms she is definitely Stage 3.