To Eat or Not to Eat Part II: The Fungus Amoungus

We are getting close to catching up in the autumn series of the outdoor hour challenges. While we were able to enjoy the fruit of our labor with the butternut squash study, we absolutely cannot do literally with our fungus amoungus study. Last Monday, Pamela and I walked and found all sorts of fungi that we either collected or photographed. I was careful to photograph the six specimens we collected in situ for our study later.

Before and After Shots of Mushrooms on a Dead Stump 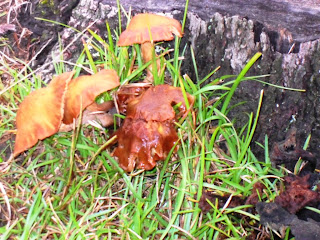 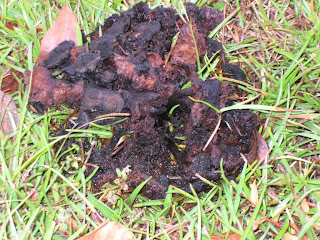 Big Bouquet of Mushrooms and Their Mat of Mycelium 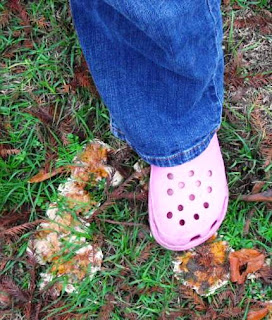 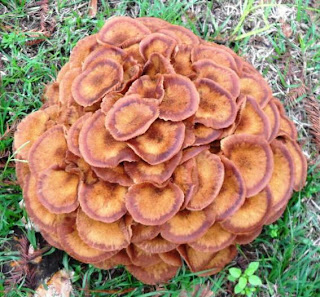 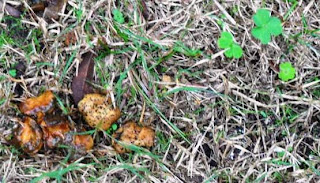 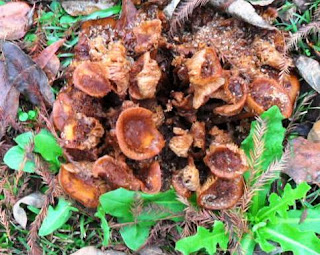 On Wednesday, we finally got around to studying our bounty. Earlier, I studied the pages on fungi in the Comstock nature study book: the cap shapes and diagram of the parts of a mushroom were especially helpful. We watched a mesmerizing, time-lapsed photography you-tube clip of fungi. Then, we measured the size of the caps or balls we found. Pamela decided to measure the diameter in centimeters and, next week, she will calculate the circumferences for pre-algebra. We recorded those numbers on a math sheet for next week. I believe the six specimens were three mushrooms, two puffballs, and the button stage of a mushroom (it was white when we first picked it and went all gray sitting in a Ziploc bag in the laundry room). 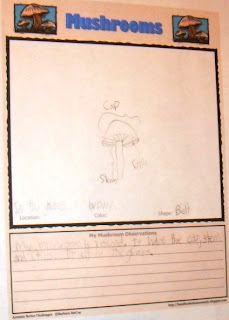 Pamela sketched the parts of her favorite mushroom. We kept it simple because I was not able to pull up the threads of mycelium even though I had a knife. We can get more detailed down the road. She wrote her observations on the mushroom sheet printed out earlier. Then, Pamela recorded more detailed information about each fungi on a sheet I made like one from another blog. 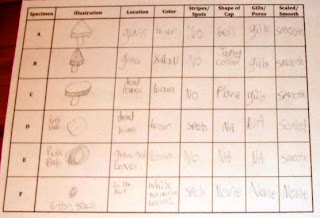 We also tried our hand at watercolors. To inspire us with much loftier paintings well beyond our abilities, we looked at a couple of Beatrix Potter's fungi, which are stored at the very Ambleside museum that houses the Charlotte Mason archives. (Aside: the folks in deluged Cumbria need your prayers right now as they recover from floods. The Armitt flooded a bit but I believe the archives, which are being digitized thanks to grant money, are safe. It is not clear how Beatrix Potter's paintings fared . . . ) Quoting the Armitt, Beatrix Potter was quite the naturalist in her day,

Beatrix discovered the beauty of fungi at Dalguise, learning much about them from the local postman, Charles Mclntosh. She became knowledgeable about obscure species and studied their propagation. Eventually she had over 250 drawings of fungi, over 40 of different mosses and many microscope studies of the process of germination. Her theory on this process was presented in the form of a paper 'On the Germination of the Spores of Agaricineae' to the leading scientists of the day at a meeting of the Linnean Society, but though proved to be right in later years, it was not then considered tenable. 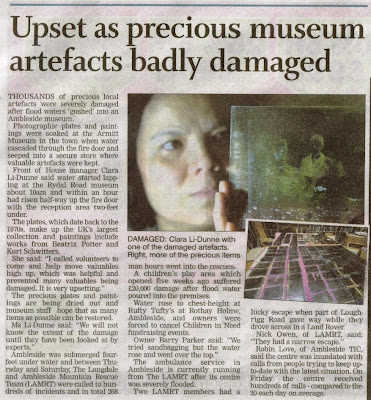 We painted our mushrooms in watercolor and, after making spore prints, we inked up the gills and stamped them on our pages. 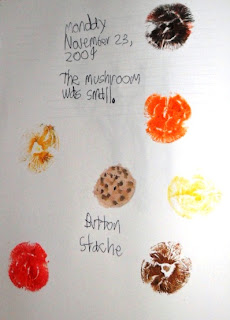 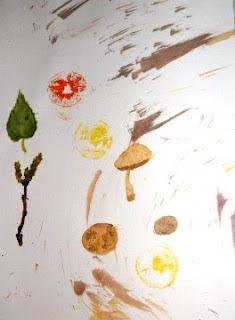 You may be wondering why my watercolor page looks so messy. In early October, I was inspired to do a page like I have seen in the notebooks of naturalists: details around the edges and a nice, large picture in the middle with some lovely writing. I carefully painted the leaf and seeds of the weeping mulberry in our backyard. One warm, sunny day, I was heading out, my arms loaded with my nature book water colors, prepared and ready to go. I tripped and the watercolors splattered all over my beautiful page! Disheartened, I have neglected my nature notebook ever since. When I was thinking about fungi, and how they feed on decomposing leaves and trees, I realized this page with what appears to be decomposing watercolors would be a perfect spot for my mushrooms.

Finally, on Wednesday, we prepared spore prints and did not uncover them until today. We tried it on both black and white paper because some spores are white. I think the effects are much prettier on white, and I think we shall try it directly on our nature notebook pages next time. We sprayed it with an acryclic fixative so the mushroom gunk would stick. 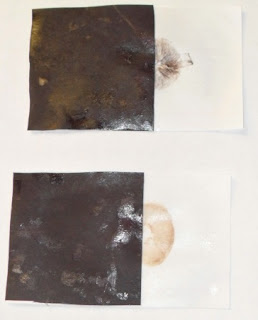 I love your watercolors and prints...really well done.

We went out yesterday to look for more mushrooms but the conditions are just not right. We are currently getting some rain so hopefully soon we will be able to try our hand at spore prints. :)

Thanks for sharing your mushroom study and all your links.
Barb

Appreciate the reference to Beatrix Potter and her mushrooms, as well as the storage in the museum.

Both your and Pam's watercolours look good, and so do the drawings in the table. Learnt lots about the properties of mushroom and toadstool.

Morning Glories in Round Rock said...

There is so much beauty in nature, I think we tend to take it for granted. I thought your photos of fungus were quite beautiful--so much of it is very intricate in design.

I was wondering if I could use one of your photos for the OH Challenge Photo of the Week? I of course would link back to your blog. :)

Sure thing on using a photo Barb! It's the least I can do!