A Green Flag Parent in a Red Flag World

I really love a post I just read about being a green flag parent in a red flag world, an extension of an article written by Dr. James MacDonald called Red Flags versus Green Flags.

Green Flag Parent - A parent who focuses on what the child is doing and see what developmental growth steps are next. A parent who sees efforts that fall short as practice and opportunities for increased understanding, not mistakes. A parent who realizes how much more she knows about her child than anyone else. A parent who sees his child as a communicating partner more than a student.

On that note, join me in celebrating Pamela's perfect recitation of "The Eagle" by Alfred Lord Tennyson. Four years ago, she struggled to memorize poetry and recite it. So, what if her peers are getting ready to graduate from college. Compared to where she was, Pamela is flying now!

Today we went to the mall for Pamela to get a hair cut. On the way, I said a bunch of Spanish words and Pamela was able to translate every single one into English for Steve. He was very impressed: dura, blanda, mesa, silla, cama, grande, pequeño, mediano, hambre, pelo, cansada, oso, and gruñió. I bet some of her peers can't do that!

Finally, when Pamela was six, she cried when we put a pencil in her hand. Now, she loves to write. She loves to draw. The first drawing is her illustration of Tennyson's poem. The next is copied from her natural history book. The next two are from her architecture book to supplement her studies on Mesopotamia in ancient history. 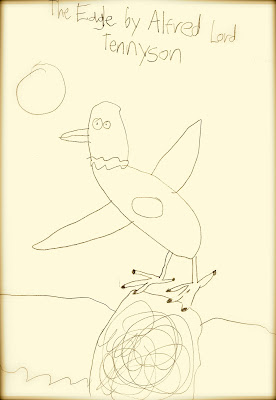 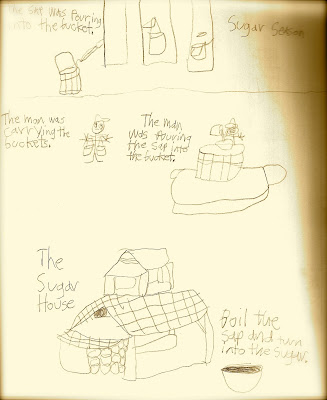 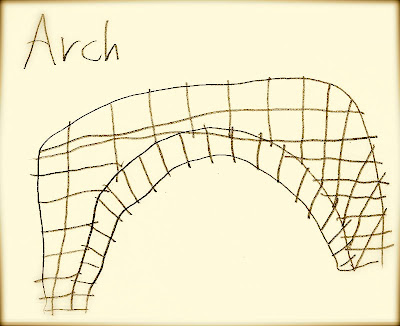 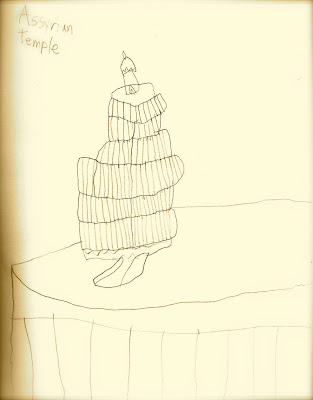 That is so true. This is where homeschooling helps too, you can focus more on your child's progress and not fall in to constant comparisons.

God bless Pamela and give her many more years of continued progress and may she always feel a sense of pride in her accomplishments.

Tammy, thank you. I found your blog several years ago through I think the Ambleside Yahoo group (I recall shooting you a bunch of questions about a Mastery MAP?) I read your blog for a long time and then I "lost it"... I found you again and just at the right time. My son's delays can be so frustrating at times, his writing delays especially, and then I see the beautiful drawings Pamela is doing now and I'm wowed. My son is doing fine. My son is improving all the time. I just needed it to be put into the right perspective. And her recitation was beautiful!

Stranded, you are so right. Peer pressure affects how we parents view our kids!

Dawn, thanks for finding me again! I'm looking forward to checking out your blog!