Pamela gave a couple of priceless narrations that reflect her personality and her growing vocabulary. She kicked off the day, narrating what she had previously read in Genesis:


Abraham is sad and blue because Sarah is expired. Got to bury and buy a cave. It is almost time for the debut of Rebekkah.

From a person who has struggled with aphasia most of her life, that narration was fantastic! Debut entered Pamela's vocabulary when she started researching the history of television. Last spring, she loved juxtaposing debut and debt "From the Lord's Prayer" which stood out to her because our old church used the more familiar trespasses. I have no idea where expire came from but she's been sprinkling many narrations with it.

When she read the word anxiety in the passage on Caesar, she related it immediately to her own anxious feelings and narrated,


Caesar was mad. He was freaking out. He broke his camp. He marched! Humpf!

She borrowed some language from The Big Comfy Couch when she related a story about Andrew Jackson's inaugural party,


They put mud on the couch. Who made this big mess with Andrew Jackson? They got into big trouble.

Pamela also showed spunk when she narrated the first snow of the winter for a little brother she sometimes calls a brat,


Prediction - Pinch get into trouble ice skating. He disobey.

What Really Happened - He put stone in the snow. He make a stupid stone on snowball.

Today's Artistic Expression
Pamela also expressed herself in pictures today, drawing a mosaic we found at the art gallery, for her review of ancient art. She painted the sky again for science and added monkey grass to her nature notebook. 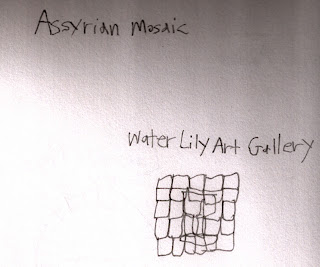 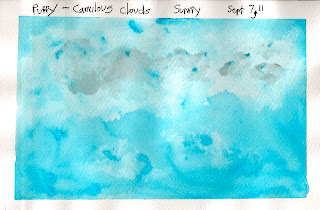 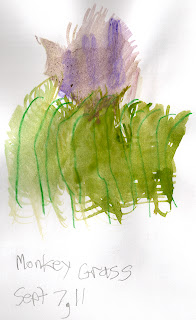 First Turtle
Pamela started watercolor classes in August. Every time the class meets, each painting, guided by the same instructor on the same subject, looks completely unique. People accept individuality in art, but somehow that idea doesn't translate as well to reading a passage from a book. We are tempted to look for certain facts that must be recalled and certain ways in which ideas must be expressed. That is not the point of narration. Just as art reflects the personality and reaction of the artist, a narration too reflects the personality and reaction of the reader.

We loved Pamela's turtle so much that we framed it and made a latte cup for Steve. 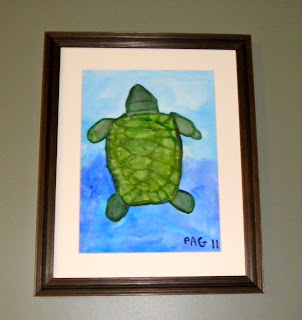 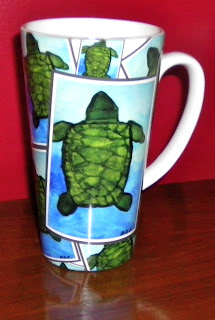 Pat Terry's Traveling Turtles
Pamela's first turtle was based upon a picture. Her second turtle was even better because she had live models! A friend found wild slider turtle eggs and built a nest for them. She took strong measures to protect the eggs from crows. A few weeks ago, they hatched and she has been taking them to classrooms and other settings where people can study them. The adorable baby turtles inspired the whole class. Today, Pamela added the finishing touch to her watercolor. 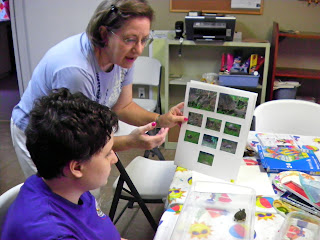 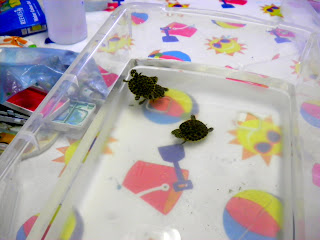 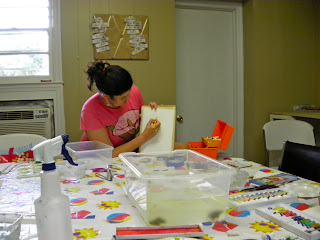 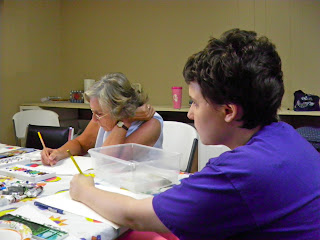 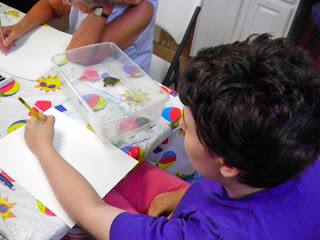 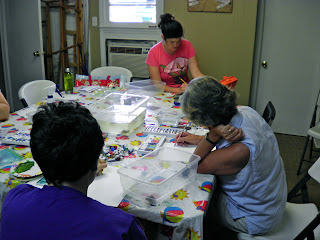 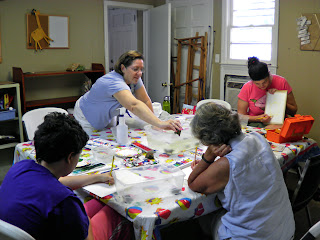 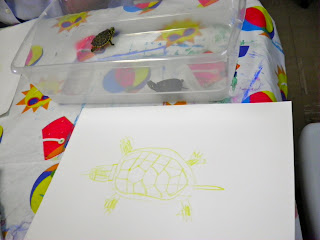 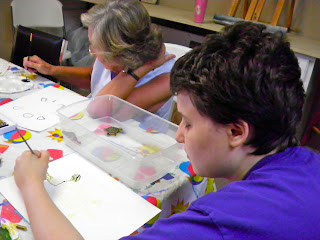 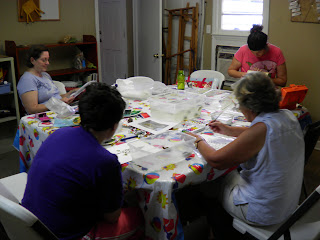 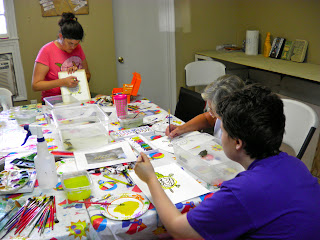 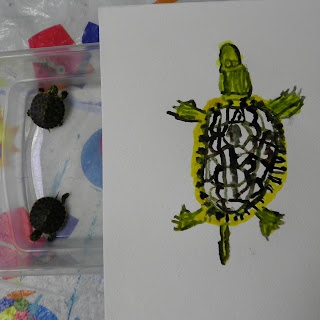 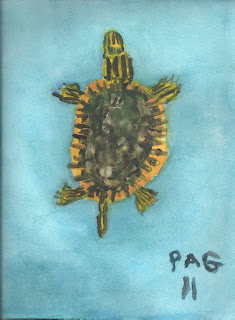 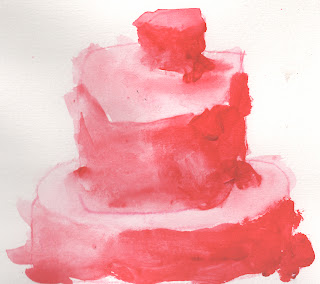 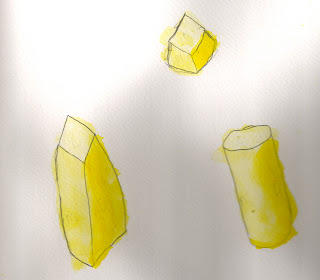 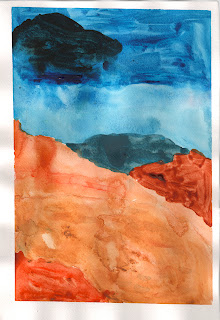 When we first started to do narrations, I would (subtly or not so subtly) try to control the content of Tim's narrations. These days, I am more relaxed, and sit back and enjoy his unique take on each passage. In the book he is reading on his own many camp songs are used as a part of the story. Tim is typing narrations of this book to a friend of his, and because of his love of music the camp song lyrics play a big role in each narration. That is completely different from what I would write if I was doing the narration, but it is HIS, not MINE, so I keep my nose out!

JEMD, that is one of the hardest things to learn about narration--masterly inactivity--wise letting alone...

I haven't visited for a while -- Pamela is obviously making tremendous strides in her language development, and WOW ... her artwork is fabulous. I can' stop looking at that watercolor turtle. What a gift!

It is amazing what living inspiration can do for art! She truly is a living example of late blooming! :-)