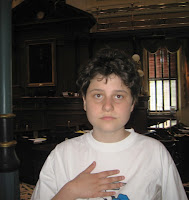 Somewhere along the way, Pamela became interested in the South Carolina State House. I think ETV's coverage of the General Assembly, which is almost as exciting as C-SPAN, has something to do with it. And, if that is not enough excitement for you, try the online gavel-to-gavel coverage. Since she has talked about it for months, I jumped at the chance to join a friend and her family for Homeschool Day at the Capitol. (By the way, you can click on all pictures for a larger version.) 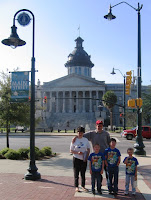 Here are our kids, ready to storm the Capitol and explore it for all its worth! The State House cost 3.45 million dollars to build at the turn of the last century. The dome is made up of eight million pennies worth of copper alone! The first thing we hit was all fifty-two steps in front of the Capitol. Why fifty-two? It took that many years to build the thing because a little thing called the Civil War and Reconstruction got in the way; you can read more at Let's Go, where you can view a six-minute movie. Even though the signs pointed to side entrances for the public, we just had to climb those stairs. 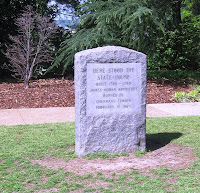 I am not joking about the Civil War getting in the way! General Sherman and his army burned about one-third of the buildings in Columbia, including the old wooden state house. When he and his men arrived, part of the capitol building had been already constructed. The six bronze stars mark spots on the Capitol hit by Sherman's cannonballs on February 17, 1865.

Yes, I could kick myself because I forgot to take a picture of George Washington's statue. Sherman and his crew were so enchanted with destroying the Capitol that they nearly knocked the cane out from him. Those brick-tossing lumberheads did not realize they were pock-marking the United States first Commander-in-Chief! And, of course, the statue still stands today, cane suspended in mid-air, for proof positive of Yankee aggression.

Once we were inside the building, we took a guided tour that started with a fifteen-minute film about the history of the Capitol Building. We learned about some of the architectural features such as the fabric wall covering (not wall paper), maximization of metal, glass, and marble, and minimization of things that burn, namely wood. You can see some of the highlights below. The most interesting story was an eleven-pound gold-burnished silver mace that represents the authority of the house. It disappeared during the American Revolution but turned up in a vault in Philadelphia (the Yankees had it, of course) in 1819. It fared better than the Senate's sword, which disappeared in 1941 for good. I wonder what it would go for on eBay . . . By the way, the dome pictured below is a fake put there for decoration! 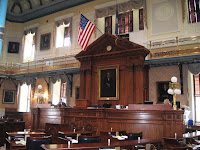 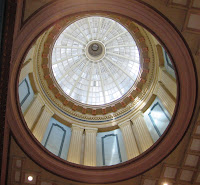 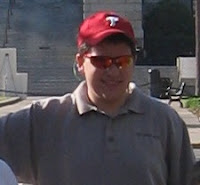 The funniest moment happened when we sat down in the front row of the auditorium. One mother had left a jacket draped over David's seat. She quietly said to him, "Excuse me, sir!" SIR? I know he is big and tall, but he already looks like a SIR? She must not have heard him say, "Hey, Mom! It's the red hat mafia!" when he saw a group of Red Hat Society ladies enter the building. Next time, I'll tell him he can wear his shades and baseball cap inside the Capitol so that no one will mistake him for a gentleman. 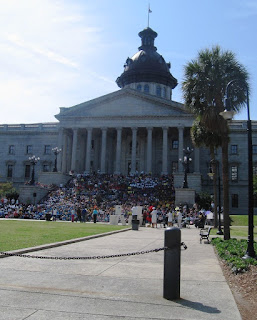 The oddest thing I saw today was this public school read-in! To celebrate National Library Week, 1,100 students assemble here on the steps of the Capitol to see a magic show and read. (Hmmm . . . I wonder if one has anything to do with the other.) They marched up to the Capitol with their little protest signs Kids Who Read Succeed, chanted their little slogans, cheered for the state mascots (a tiger and completely illegal fighting gamecock), and held their sit-in, I mean read-in. That juxtaposed against homeschoolers, wandering the grounds exploring the monuments, meeting and leaving business cards with their legislators, taking guided and unguided tours, etc. The difference in how the two groups take political action is stunning!

My County's Shame
Briggs vs. Elliot 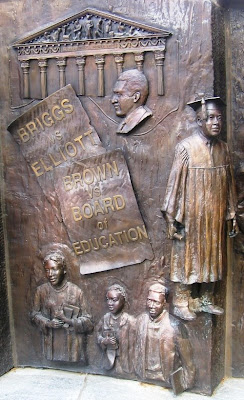 One in Every Crowd
John C. Calhoun Statue! 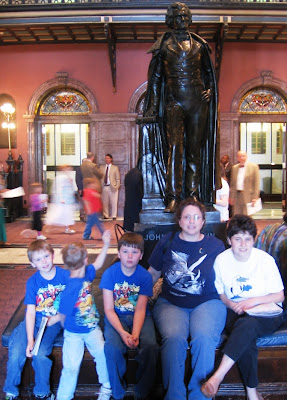 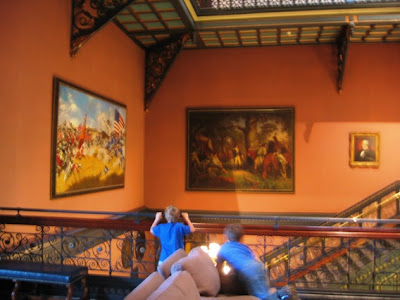 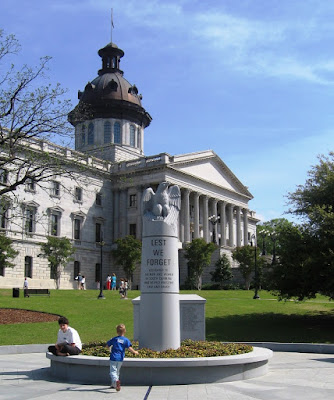 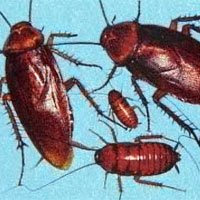 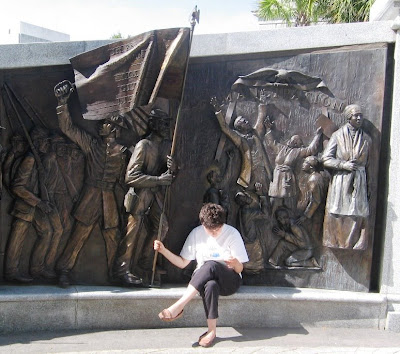 Email ThisBlogThis!Share to TwitterShare to FacebookShare to Pinterest
Labels: history

It's been a long time since i've seen a palmetto bug! Those things are pure evil. You know they even fly right?!?

from a girl who grew up next to a city called Palmetto in FL. ;D

You could have waved at my mom, too! She works across the street from the state house in the Bank of America building... not sure if it's still called that or not!

Can you believe I've never even been to the GA state capital? We probably need to do that one of these days. Downtown Atlanta is much more intimidating than downtown Columbia!

Masterpiecemom,
Yes, I do! We love our local exterminator guy!

Jen,
WOW! It is a small world. We all enjoyed our visit to the State House. It offers a nice blend of history, natural beauty, and art.

oh yea I forgot to say... YAY for
skin on friends too!