I Was Blind But Now I See

I went to bed last night praying about the food fight between Time Warner Cable and Viacom. Yes, praying! Can you imagine how early in the morning Pamela would have woken us up if Noggin and Nickelodeon were not on the air? I came downstairs at about eight in the morning and spotted her happily watching Blues Clues. She had no idea of the bullet we all dodged. Ignorance is truly bliss. I smiled and told her, "Pamela, prayer works!" She had no clue about what I was saying, and I gladly left her in ignorance . . . 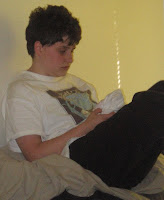 Today, I saw Pamela playing with a white handkerchief. In this photograph, she had wrapped up some plastic toys in it and shook it to hear the sound. The video below shows the other things she did with it, including pretending to be a blind person who was quickly healed.


This week, several things happened that have confirmed Pamela on making progress through RDI.Lately, we are seeing things that make me think of a three-year-old: 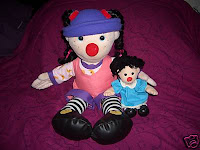 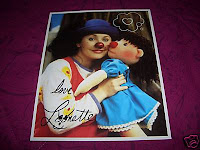 This is all such great progress. What a way to start the new year, by recapping the old year. I think I need to think about some of this too.

it is always so wonderful when OTHERS see the progress as some days it is like watching the grass grow for us.

Those are great, encouraging comments about her progress! I love how she's using the hanky for so many things. My Pooh would turn it into a pirate bandana or belt. LOL

I think we all need to reflect on progress because so often it is like watching grass grow in winter . . .